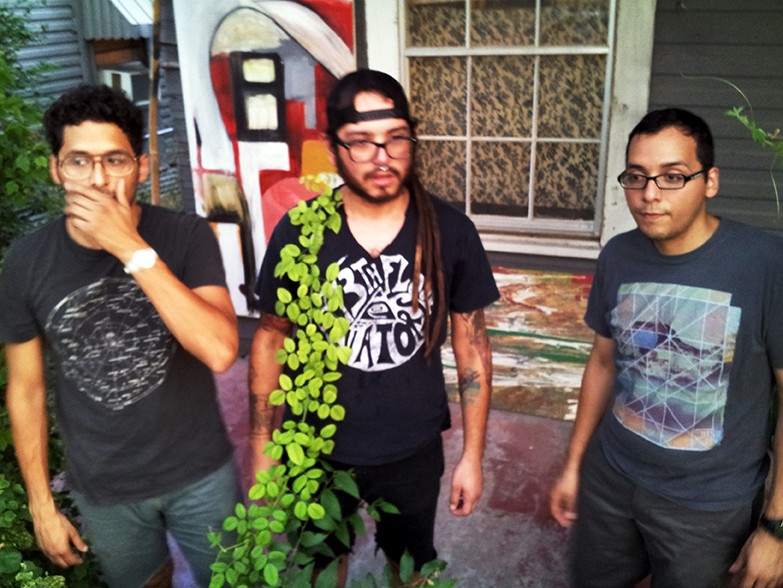 "We were just tired of holding on to all that," said guitarist Robert Gonzalez.

With three albums containing 19 songs each, Micro Missile Attack's Fruit Sacrifice, Nans and Poorman's Sharp Knives are surprisingly quick listens. Throw them on in the background and they seem to slip by, unconcerned with time or genre. On all three albums, the trio flirts with ambient music, spoken word expositions, kaleidoscopic electronic music and tremolo-washed indie rock.

Though the albums vary in style, the theme of repetition helps bind the 57 songs together. On "Clocks and Calendars," Gonzalez and his brother Daniel repeat the hook on loop — "Clocks and calendars, days on end." The words stay the same, as the fraternal pair develops the harmony, climbing above each other to hit genial notes. The band tries a similar trick on their instruments, playing close arpeggiations to create a tight and layered thing, like a rubber band ball of guitar lines wrapped over themselves.

"'Clocks and calendars' talks about time," said Gonzalez. "Time is a monotonous, repetitive thing. Therefore it works with the lyrics to repeat. That's our style. Our lyrics are simple and sparse. We really try to extend short words and accentuate them with melodies and harmonies."

On "Spotless Image," the band continues this close repetition, with the drum, guitar and vocals all mimicking the same stop-start rhythm. The two-minute take fades out as quickly as it appeared — another theme on this trio of albums. When Micro Missile Attack focuses in on one of their stronger riffs, they're not likely to remain on target for long.

Nor are they likely to harp on this batch of tunes, either. After picking up bassist Andy Bernal (Gonzalez's cohort in the band Saakred), Micro Missile Attack is ready to move on to new music.

"Mainly, we try to play what we're learning and trying to write at the time," said Gonzalez. "Cause we don't rehearse privately. We play live, that's how we write and know what to play. And how to play."