My hero this morning

I try to approach contentious political issues with an open mind, willing to be swayed by new evidence, or at least willing to acknowledge that the other side has some valid points. Surely my ideological opponent has logical thoughts, given their starting principles, right?

I have no monopoly on good ideas, I remind myself, and the other side usually isn’t crazy. At the same time, people who I largely agree with, I also remind myself, deserve a skeptical look every once in a while. I think it’s a good idea to disagree with my ideological allies on a regular basis, because I’m a contrarian and it helps to sharpen my ideas.

I hope this makes me not wishy-washy but, rather, nuanced. I want to be a complex thinker. Most things in the world are not black and white.

And then there is the issue of guns in America.

Stricter gun control, for me, is what a hero of mine calls a PMC – a Position of Moral Clarity. When it comes to gun control, I’m not interested in your nuance, your different starting principles. Don’t tell me about your 2nd Amendment Rights.

Paul Farmer: He has PMCs

James Madison and Thomas Jefferson did not contemplate automatic weapons and ammo that could be picked up at a traveling gun show with a gym-membership ID card. Our right to “A Well-Regulated Militia” is a far cry from the angry 19-year old with an anti-social personality disorder, irregular access to mental health care, and an addiction to playing Call of Duty.

Fuck that.  Kids are slaughtered in schools. Soldiers are shot on their own home bases. Office workers are cut down in their own workplaces. Cops are fired on regularly by people who should never be armed in the first place. Every week.

In other countries in the world – so-called ‘developed’ or so-called ‘developing,’ it doesn’t matter – their weekly violent episodes do not involve automatic weapons. Their mentally ill citizen hurt others with their fists, or possibly, a knife. The result in other countries is hospitalization and trauma, but not mass terror and death, like we have in this country. Every. week.

When I think about the gun control issue, I get so angry I start spitting, because it all seems so intractable. The only other time I wrote about this – in the wake of the Sandy Hook killings of elementary school children and their teachers in December 2012 – I noted that gun control advocates have absolutely zero chance of making an impact while they get out-spent by the NRA 100 to 1.  The Brady Campaign to Prevent Gun Violence spent $20,000 in federal lobbying in 2012, compared to the NRA’s $2.2 million, according to opensecrets.org.

But today’s rant is not just another angry and sad one, because the finance side of this story just got better.

The New York Times reports today that Mike Bloomberg will dedicate $50 million of his fortune to seeding gun control advocacy organizations. Bloomberg will specifically target grass-roots organizations on the MADD model – groups founded and energized by pissed-off moms. One of these groups sprung up recently in my city, and this seems to me a great beginning. Bloomberg’s pledge is certainly not going to win the war against the gun lobby, but if the moms groups can get a running start, we’ve got a start at least. 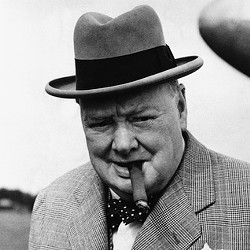 So, I’m fired up this morning about the power of money to do good, especially Bloomberg’s money. He’s my hero today.

Two other inspirational quotes that fit my mood.

As another angry man once said: “Now, this is not the end. It is not even the beginning of the end. But it is, perhaps, the end of the beginning.”

And then there’s my favorite mom-power clip of Maggie Gyllenhaal at 2:20 to 2:27 – this gets me fired up every time:

I founded Bankers Anonymous because, as a recovering banker, I believe that the gap between the financial world as I know it and the public discourse about finance is more than just a problem for a family trying to balance their checkbook, or politicians trying to score points over next year’s budget – it is a weakness of our civil society. For reals. It’s also really fun for me.