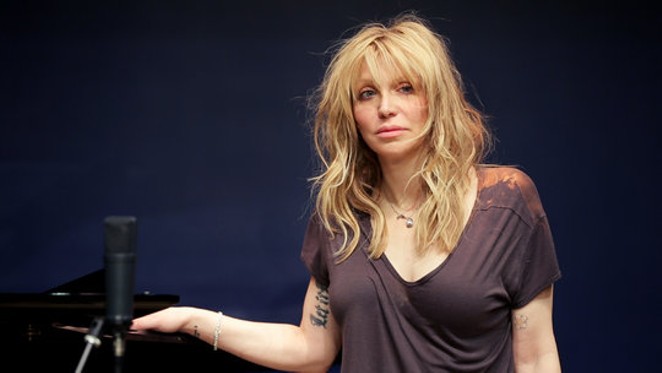 An alt-rock icon is coming to The Paper Tiger on Friday.

"Bitch," "witch," "money-hungry," "train-wreck" and, on occasion, "murderer "are some key words that come to mind to critics (and fans) when the name Courtney Love is uttered. Her accomplishments are not usually in that same frame of thought, such as "poet," "the love of Kurt Cobain’s short life," "talented," "rock" star and most importantly, "the front woman of Hole." Hole’s prominence in the ‘90s musical landscape is often overlooked, because even though it was a glimmer of female power and independence in the sea of testosterone fueled angst, Love’s personal life, whether it be her drug use, tumultuous relationship with Cobain and lawsuit after lawsuit, this toxic cocktail soured her legacy as a musician in her own right.

For a self-proclaimed anti-feminist and opponent to the Riot Grrrl movement, sexism has been a reoccurring theme in Love’s life. Hailed as the new Yoko Ono by Nirvana fans and held responsible for Cobain’s untimely death, Love, whose lyrics reference witch trials, was a part of her own trial after her husband’s demise, causing her to be public enemy number one for many years after. So much so that she couldn’t perform without being victimized, whether she was heckled at by Cobain suicide apologist or pelted with trash. Live Through This, Hole’s second album, was under scrutiny as well by those who believed that Cobain wrote it, despite Love’s joint songwriting credits with guitarist Eric Erlandson. Live Through This has a feminine touch that is far too relatable to disenchanted girls to be considered a man’s work.

But Love is no angel, wounded and crying for help in the scathing public eye. Her troubled history with court battles over Nirvana’s royalties, bizarre, drug-induced behavior and her fractured relationship between her daughter Frances Bean Cobain, Love’s “hot mess” status is well earned.

On arguably her best work, 1994’s Live Through This is an emotional roller-coaster, whether Love is singing “Live through this with me I swear that I would die for you,” with bone chilling conviction, yelling a wounded “You will ache like I ache,” or screaming “fuck you” on the top of her lungs.

For all her trials and tribulations, it’s an insult to dismiss the Hole front woman as that “bitch” who married Kurt Cobain and squandered all of his money. She is a star in her own right.