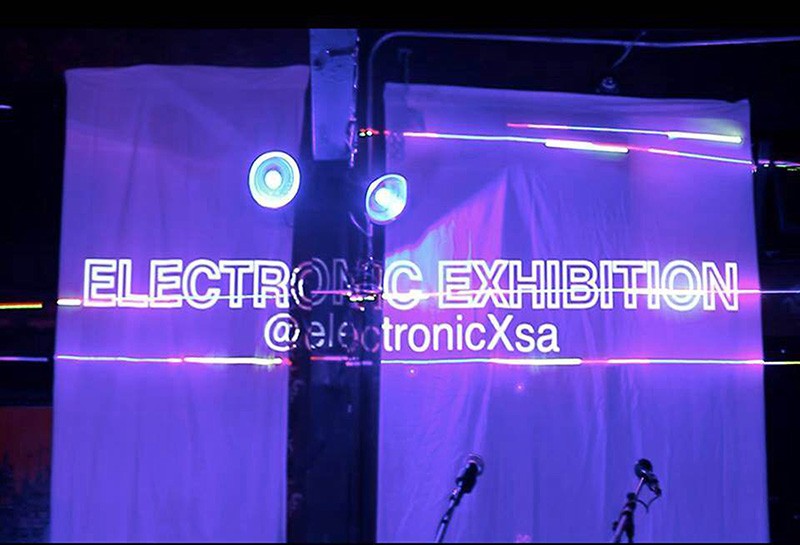 In some pedant circles of rock 'n' roll and analog instruments, electronic music suffers a reputation as non-music, stuff that just can't be performed. Without the physicality of a drum kit or guitar, an audience member can't really see what's happening on a computer screen or in a Korg's settings. So, they assume it's not being created in real time.

It's the performance equivalent of Oklahoma Sen. Jim Inhofe's anti-global warming argument on his bring-a-snowball-to-work day — if I can't see what's happening in a way I understand, then it must not be happening at all.

Unfortunately, the press-play stereotype of electronic music is gaining traction. In May 2014, mega-DJ David Guetta cancelled a worldwide tour after losing a USB drive containing his prefab set. And last year on SNL, Andy Samberg ripped on EDM artists as "Davvincii," flirting with a big red "Bass" button and stalling the drop to collect bags of money and credit card swipes from the audience.

"Actually getting to see it happen gives you a better idea of where it comes from," said Omoxi. "It's not just cut and paste and throw this up here and it sounds like this. There's a lot of time, effort and creativity that goes into these things and I like for people to see a person behind that, that there is a level of humanity to it – it's not a machine."

As for the music onstage, the definition of electronic music varies wildly, changing monthly along with the weather. From noise bands to hip-hop producers, house to ambient textures, Electronic Exhibition welcomes all kinds of synthesized tunes.

"The definition is super vague," said Omoxi. "At this point, electronic music is post-genre. It doesn't give justice to a lot of what's out there."

Filthy works in scalding post-punk, combining drum pads and synth lines with traditional instruments at masochistic decibel levels. Producer Moze Pray rounds out the bill with some bouncing and thoroughly strange SoundCloud tracks. "It's as if John Carpenter made dance music," said Omoxi, referring to the director and composer behind Escape from New York.

To help fulfill the promise of electronic performance, Omoxi pipes in video installations on a Playstation 3 to drench the audience in multi-media art. On Friday, visuals from New Orleans artist Brittan Rosendahl and NYC GIF Animator Peter Puskas will adorn the wall behind the electronic musicians shredding on stage.

And every month, you can find Omoxi running around with a PS3 controller in hand, controlling the settings of the electric light and helping put the "human" in post-human art.