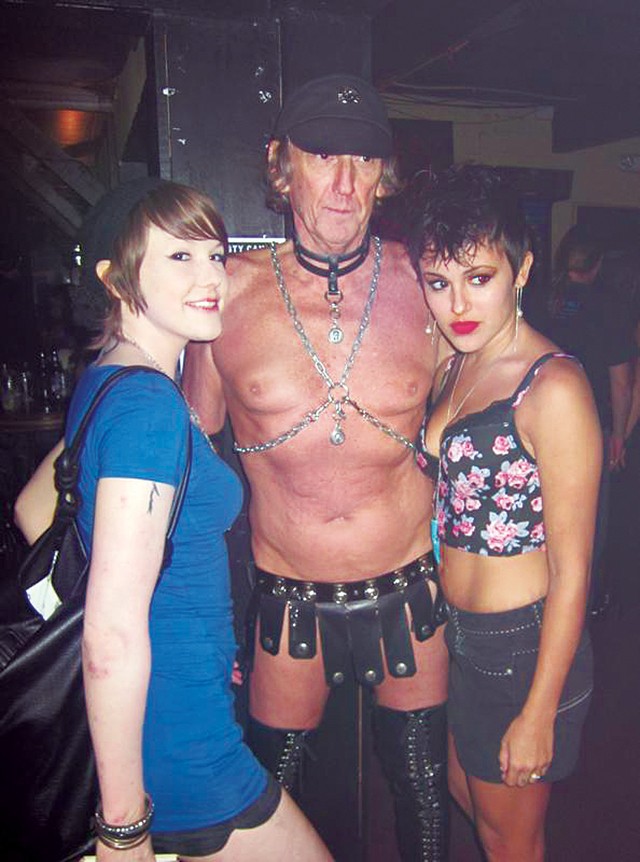 Strobes flash and black lights sporadically accentuate a shadowed crowd intriguing itself; expressions range from acknowledgement to admiration, from silent judgment to gushing praise. The fairer sex is definitely more experimental. Role-playing fashionistas and fetishists showcase corsets, garters, and lace from Frederick’s, Spencer’s, Hot Topic, and beyond. All-out hairstyles from ROY to G to BIV are adorned with kitschy holiday decor and anything metal.

The San Antonio fetish culture is actively looking for places to call home these days. For freaks and voyeurs alike, the closing of Klub Atomix was like a death in the family. Vying for this niche today are Club Mystique, Club Rain, Wax Lounge, and The Thirsty Camel. The Camel, a dark, intimate setting formerly known as Prestige, seems to have dropped out of the sky into more-conventional Olmos Park. Despite its awkward location, the venue represents an alienated culture. While unassuming to outsiders, the event manifests desires unspoken in daylight — a sampling of cathartic exploration, overtly sexual and not necessarily intrusive.

On Saturday, The Thirsty Camel hosted the 3rd Annual Miss Underground San Antonio Contest and Fetish Ball. Frank Jakobs hosts, spins darkwave, and stresses that the performances are less body-conscious and more stylistically oriented. This is his “personal playground,” celebrating a range of underground expressions, by no means a “boobie contest.”

Attendance is lacking, but the experience of entering is no less ethereal. Pounding electronic bass lines are juxtaposed against a setup that one would expect from a fetish event: chains, leather, wooden frames (to have included a swing that unfortunately “broke” the night before), and what wants to be a stage but can barely accommodate turntables. Three visual artists are featured but consigned to the periphery. The work is all local and interesting (various paintings, gothic icon portraits, and alt jewelry) but far from the focus.

The event officially starts around midnight and (despite sizable online RSVPs) boasts a cast of less than 10 (some recruited on the spot) who are all female. Goth-hippie Karen is the favorite. Her black lace skirt grazes the floor accentuating the gyrations of spike-garnished hips. Contestant Anna rocks plastic “cyber locks.” A local graduate school student, she says she dates a mortician and reps the fetish-oriented Temple of Flesh. Chris struts with geeky goth pride — a look that comes complete with glasses, an androgynous black vest, and fishnet armbands.

It makes me wonder, though … who would be the ultimate Ms. Underground San Antonio? Would she be a metal queen? Does she dance or sing? Could she kick your ass and drink your beer? Is she Nina Diaz? Nancy Silva? The night left us wondering what a more competitive snapshot, a comprehensive picture, would look like.