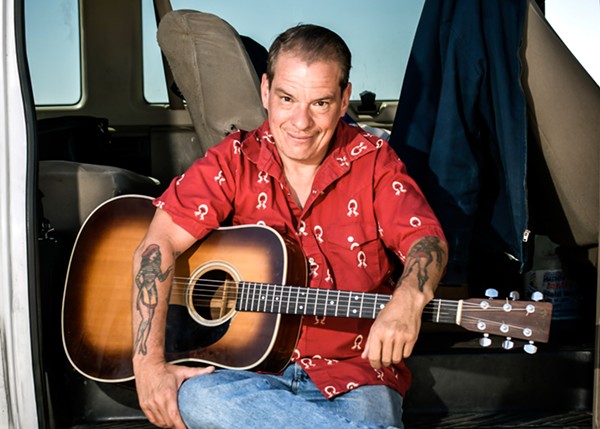 
Wayne Hancock is the true heir to the throne of Hank Williams: a lonely, neon lit throne, made of heartsick and warbling croons, impossibly slow and slinky train songs, hard living, and clear night skies, that even Hank III concedes belongs to Hancock. Though he didn't drop his debut album until 1995, when he was 30 years old, Hancock has always seemed to belong to a bygone generation of country and western/swing purists. His music is severe, subversive, angsty, openhearted, and filled with the mercurial myths one makes of the moonlight with murder on their mind. Many of his songs, which can vary in sound from pure, classic country to furious rockibilly, deal with run-ins with the law, extra-marital escapades, and, generally speaking, the dark side(s) of American life. In the live setting, Hancock and his band come through like a trainwreck, taking no prisoners as they brandish their devilish gospel. $10.00-$15.00, 8:00pm, The Korova, 107 Martin, (210) 995-7229, thekorova.com. — JC