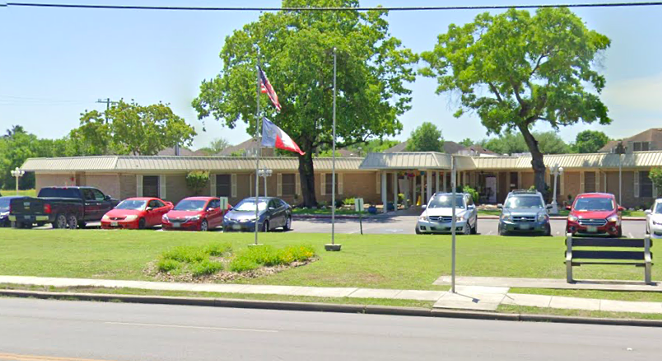 Source: Google Street View
Sixty-six of the 84 residents at a San Antonio nursing home at the center of a COVID-19 outbreak have tested positive for the disease, according to city officials.

One resident of Southeast Nursing & Rehabilitation Center, a man in his 80s with underlying health conditions, died earlier this week from COVID-19. Shortly after, 13 others associated with the facility, including six workers, were confirmed to have contracted the coronavirus.

The latest infections were confirmed by tests of all residents at the 116-bed nursing home.

Federal inspection reports reveal that Southeast Nursing & Rehabilitation had been cited for failing to meet infection control deficiencies. The home also received the lowest possible federal rating — a one-star rank signifying "much below average" — based on health inspections, staffing and quality measures.

Mayor Ron Nirenberg said the city will focus more attention on the nearly 50 local nursing homes that have garnered substandard 1- to 3-star ratings from federal inspectors.

“We are making a large number of visits, frequent visits, to those facilities,” Nirenberg said.