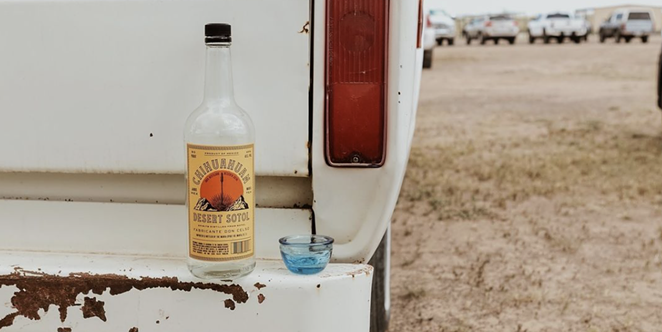 Instagram / themarfaspiritco
Texas-based Marfa Spirit Co. has launched its debut product, Chihuahuan Desert Sotol, now available in San Antonio.
Tequila is the most famous of Mexican spirits, but it's not the only one worth exploring.

In an effort to bring more U.S. awareness to sotol, a cousin to tequila and mezcal, West Texas-based Marfa Spirit Co. has launched its debut product, Chihuahuan Desert Sotol, which is now available in San Antonio.

Chihuahuan Desert is a collaboration with Sotol Don Celso in Janos, Mexico. The spirit is distilled south of the border, then processed and bottled inside Marfa's 1920's-era Godbold Feed Mill-turned-distillery. The spirit boasts herbaceous and earthy notes with hints of white pepper and a crisp, bright finish, according to tasting notes.

Unlike tequila or mezcal, sotol isn't an agave spirit, since it's made from the Dasylirion or Desert Spoon plant. Nonetheless, its frequently roped into the agave spirit family thanks to a similar distilling process and terroir-dependent flavor profiles.

However, compared to crisp tequila or uber-smoky mezcal, sotol’s bright finish is one of its calling cards.

Chihuahuan Desert Sotol is the first of Marfa Spirit Co.’s products to be available in retail stores, and can now be found at several Spec’s locations in North San Antonio. The distiller also produces rum, gin and vodka as well as orange and grapefruit liqueurs.