Newsmonger: Deputies Walk in Flores Case, No Name Change for Lee H.S. and "Serial" Has an SA Spin 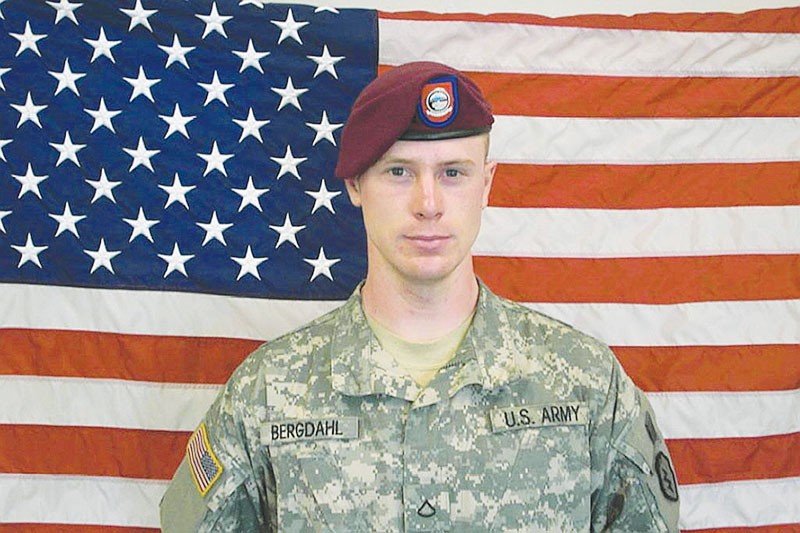 San Antonio-based soldier Sgt. Bowe Bergdahl, the subject of the new season of 'Serial,' will face a court-martial.

No Charges in Gilbert Flores Case

Greg Vasquez and Robert Sanchez responded to a domestic-disturbance call on the 24400 block of Walnut Pass, on the Northwest Side of San Antonio. The sheriff's office claims that Flores attacked the deputies when they arrived, and they tried to use non-lethal force to subdue him. Cell phone video from a passerby showed Vasquez and Sanchez shoot Flores while he appeared to have his hands up as if to surrender. The sheriff's office has maintained that Flores was holding a knife.

"When a deputy makes a decision to use deadly force we have an obligation to investigate that decision thoroughly," a statement from the sheriff's office said. "That's exactly what has been done with deputies Robert Sanchez and Greg Vasquez. Their actions have been reviewed by their peers, the media, federal authorities and now a grand jury. While we support the grand jury's decision to no-bill these deputies, we also know there are truly no winners in this situation. A man lost his life and for that we are all saddened."

Flores' family has sued the county over the event. Attorney Thomas J. Henry is representing them.

The North East Independent School District board of trustees voted against changing the name of Robert E. Lee High School in a 5-2 vote.

The push to rename the school came this summer in the wake of the shootings in Charleston, South Carolina at the Emanuel African Methodist Episcopal Church. Dylann Roof allegedly killed nine black worshipers there on June 17. Images of Roof with the Confederate flag emerged after the church, which sparked a nationwide wave of backlash against symbols of the Confederacy – including in San Antonio.

Less than a week later, Housing and Urban Development Secretary Julian Castro said on his Facebook page that Lee should be renamed, and that "there are other, more appropriate individuals to honor and spotlight as role models for our young people." Kayla Wilson, a student at Lee, later started a petition to rename the school. There was even an effort to call it "Gregg Popovich High School," to honor the Spurs coach (an idea that Popovich, predictably, called "ridiculous" and to be "[squashed] ... as quickly as humanly possible," according to the San Antonio Express-News).

Lee is the only school in town around which this kind of movement has coalesced. There's been no movement to rename schools whose names honor other slaveholders, including Sam Houston and Thomas Jefferson.

"Serial," the podcast phenomenon that last year made telecommunications truthers out of us all, is back. And the second season focuses on the saga of Sgt. Bowe Bergdahl, who left his platoon in rural Afghanistan in 2009 and was held captive by the Taliban for five years.

Questions and controversy over Bergdahl have swirled since the U.S. retrieved him from the Taliban in exchange for five prisoners held at Guantanamo Bay in May 2014. Some have called him a deserter or a traitor for leaving his base.

Bergdahl is still on active duty and is now stationed in San Antonio, where he has a clerical position at Fort Sam Houston. Bergdahl has been charged with desertion and misbehavior, and investigations concerning his capture are ongoing. The army could still choose to try him in a court martial.

"Serial" will feature interviews with Bergdahl, soldiers from his company and others involved in his case. New episodes will be available on Thursdays.