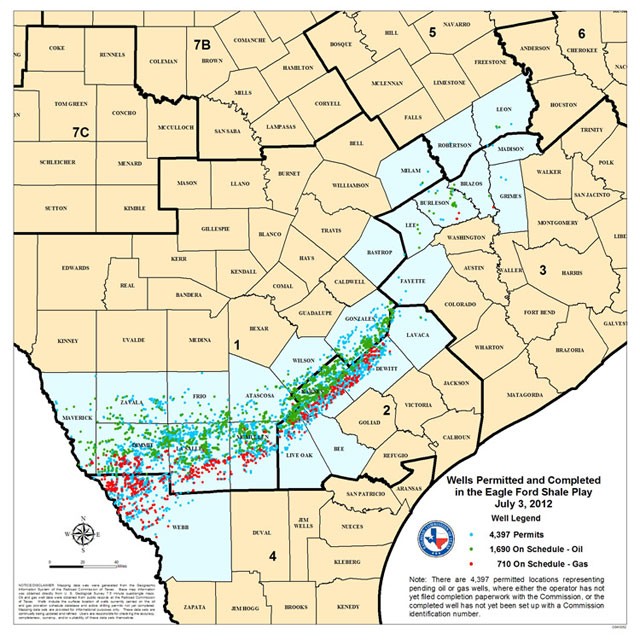 As classic music lovers anticipate the October 5 season opener featuring works by Russian masters Rachmaninoff and Rimsky-Korsakov, a contract offer has finally been tended to the musicians of the San Antonio Symphony.

But all is still not well in the musical trenches. After failing to sign a contract for the 2011-2012 season, symphony musicians and management settled in September, 2011 on a handshake continuance of the previous contract that awarded — according to Craig Sorgi of the symphony musicians negotiating committee — players an annual base salary of $31,350 for a 30-week season. Of last year's intended season, only 26 weeks were initially scheduled, though an extra week was added later.

The musicians claim they were shorted three weeks pay; management disagrees. During the long, hot summer months negotiations for a 2012-2013 season contract remained dead in the water. Then, as the symphony's fiscal year came to a close August 31, musicians were notified that monies to cover the missing three weeks had not been attained.

The musicians' negotiating committee signaled their displeasure September 4 by filing charges with the National Labor Relations Board against the SA Symphony, claiming management has refused to bargain in good faith. Within hours of the filing, SA Symphony management sent the musicians a contract offer — for a 26-week season. This Friday symphony players huddle to consider the last minute offer, then send their thoughts to management.

The musicians have stated previously they will not accept a season less than 30 weeks. Will mutually agreeable terms be found before rehearsals begin? When the symphony moves to the ambitiously planned Tobin Center for the Performing Arts, scheduled to open in 2014, operating costs will increase. How a diminished symphony will encourage much needed increased support by philanthropists is a question all sides should ponder.

The loudest backlash against the fracking boom has hinged largely on environmental concerns as activists insist the process – which shoots millions of gallons of chemically-charged water deep underground to break up oil- and gas-rich shale (like South Texas' Eagle Ford) – could contaminate groundwater.

But as shale oil and gas become energy-policy talking points, some in Texas have stepped forward to criticize the long-term economic promises espoused by frack-heavy companies, saying the data suggests the shale revolution beneath our feet is overhyped.

North Texas' Deborah Rogers, a former investment banker who once sat on an advisory committee with the Federal Reserve Bank of Dallas, is one such critic. And she has in turn caught heat from the oil and gas spin machine, derided as "some goat farmer from Fort Worth" (she does, in fact, own a goat farm). Rogers, who tours the country delivering presentations on what she claims are the shaky, boom-and-bust economics of shale gas, pointed us this week to a new Society of Petroleum Engineers report, out just in time for the SPE's annual conference in San Antonio next month.

The SPE report, titled "Eagle Ford Shale – An Early Look at Ultimate Recovery," indicates that lifetime well productivity touted by companies in the Eagle Ford, known as estimated ultimate recovery (EUR), is shaking up to be well below what drillers have claimed.

The SPE report notes that companies in the Eagle Ford have quoted lifetime well production levels as high as 850,000 barrels of oil or oil equivalent – estimates based on data companies rarely make available to the public, the report notes. SPE's analysis of more than 1,000 Eagle Ford wells shows an average EUR of about 206,000 barrels, some four times below that high operator estimate.

"We're seeing a repeat pattern, a substantial overestimation of reserves," insisted Rogers. From an investor's point of view, she claims, over-hyped estimates are problematic because shale-heavy companies borrow money based on those reserve estimates. "If reserves prove to be as much as four times less than what operators claim, companies may be borrowing money on assets that aren't proven, or that may not even exist," she said.

The well-decline profile suggested by the SPE report echoes analysis by Texas-based petroleum geologist Arthur Berman. Berman, who sits on the board of directors for the Association for the Study of Peak Oil and Gas, has spent years studying shale plays, and says promises of sustained, multi-decade production out of shale wells should be viewed skeptically.

Most shale-heavy companies have claimed for years that well production drops sharply after the first several months, but then quickly levels off, providing steady long-term returns. Berman's analysis shows a different picture. For a 2011 study Berman and a colleague looked back to 2003 to study North Texas' Barnett Shale, finding average recovery per-well there proved to be about half what companies had claimed. He found similar results in the Fayetteville and Haynesville shales.

Berman says he's tracked some 200 wells drilled in the Eagle Ford in 2008 and has seen "astonishing" decline rates. He said SPE's new Eagle Ford estimates are consistent with his own.

"It is important to understand that high decline rates are a mixed blessing," Berman said in an email to the Current. While companies may make money quickly, he said, they have to drill at a rapid pace (a high capital expenditure) just to keep production trucking.

As for now, production is certainly booming in the Eagle Ford. Texas Railroad Commission data says oil production in the shale reached 36.6 million barrels in 2011. New well starts increased 110 percent from January to March 2012, compared to the same period in 2011, leading UTSA Center for Community and Business Research director Thomas Tunstall to predict that 2012 could see almost double the oil production out of the Eagle Ford.

But as Berman puts it, the debate over how fast these wells decline isn't just a technical spat for petroleum engineers and policy wonks. He and Rogers worry the marketing of shale gas has been so powerful that public policy is being driven by yet-unproven assumptions of the over-abundance and low cost of shale.

"It's a drilling treadmill," Rogers said, "that's what a lot of us call it. You get on and you can't get off, because the only way you can keep these shale plays going is just by prolific drilling, and that's very, very expensive."

Federal prosecutors are trying to seize two houses owned by Texas State University professor Sindy Chapa, according to documents filed in a San Antonio federal court last week claiming both homes were bought with proceeds from criminal activity. According to a government salary database maintained by the Texas Tribune, Chapa makes about $58,000 a year as an assistant professor at Texas State's School of Journalism and Mass Communications, where she teaches advertising, marketing and public relations. The feds have filed to seize her home in Hays County, valued at $272,910, and another house in McAllen, appraised at $357,411.

The affidavit outlining why the feds wants to seize Chapa's property was sealed last week, and Chapa failed to return multiple phone calls and emails from the Current seeking comment.

While Yarrington has not been charged with a crime in the U.S., and through his lawyer continues to deny any wrongdoing, federal court documents claim he took millions in bribes from cartels and, "during and after leaving public office in Mexico, began investing large sums of these illicit funds in real estate in Texas and Mexico using specific front-men and corporate business elites." Federal prosecutors have filed to seize 46 acres on La Cantera Parkway, worth some $6.6 million, claiming that property was bought "with illicit funds by Yarrington" and some of his associates. Yarrington reportedly left the U.S. sometime this year, and last week a Mexican judge issued a warrant for his arrest.

The Express-News last week cited unnamed sources claiming the feds had investigated Chapa's relationship with Yarrington, leading them to seize her homes, saying they were bought with with illicit cash from the bribery scheme.