Northeast San Antonio will gain a new seafood house this summer with arrival of Mr. Crabby’s 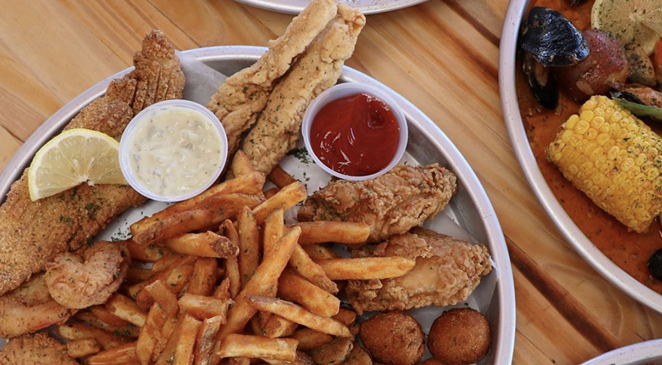 Instagram / redhookseafood
McAllen-based Mr. Crabby’s serves up a variety of seafood dishes, including Cajun specialties.
San Antonio seafood lovers may rejoice in the news that South Texas-born Mr. Crabby’s Seafood Kitchen and Bar will soon open a location in the northeastern suburb of Selma.

According to an extensive menu posted this week to Mr. Crabby’s Facebook page, the new Selma spot will also dole out po’boys, fried catfish, chicken wings, boudin balls, fried alligator and Cajun specialties such as blackened catfish and crawfish étouffée.

The eatery will take over the space previously occupied by Houlihan’s at 14601 Interstate 35.

Mr. Crabby’s hasn’t yet released a grand opening date. However, according to the restaurant's Facebook page, it aims to be in operation by the end of July.