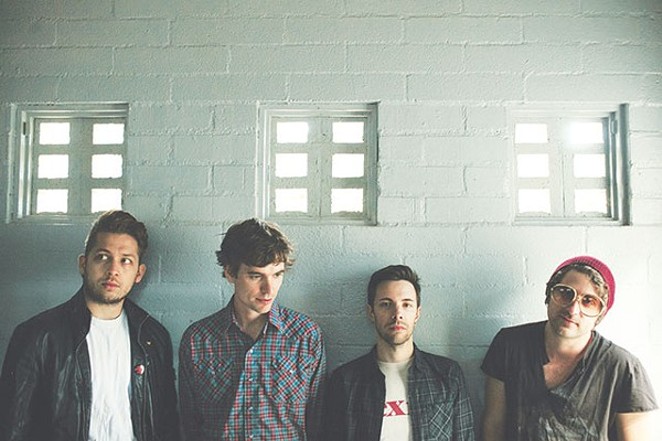 Jade Elhers
NPR's Austin 100 is one of the most hyped pre-SXSW listicles around, helping to set the tone of the hectic music/business festival. Coming in deep in the presentation is SA's Wild Party, whose memory-invading power-pop helped them crack onto NPR's beautifully designed app.

NPR mentions "OutRight" as their Wild Party pick, a high-fructose take on Strokes-style rock 'n' roll. But we're partial to "When I Get Older," a hopeful 16th note shuffle from the San Anto band. Either way, they're both strong offerings off of the quartet's 2014 debut Phantom Pop. Over six years in the making, Phantom Pop is packed with hooks designed to hang around in your head long after their three-to-four minute tunes are over.

“We’re very much focused on hooks,” singer Lincoln Kreifels previously told the Current. “A lot of times we won’t write anything down. If the part wasn’t catchy enough and we forget it, we assume it wasn’t good enough. That’s how we write: If it sticks in our head long enough, we end up recording it.”