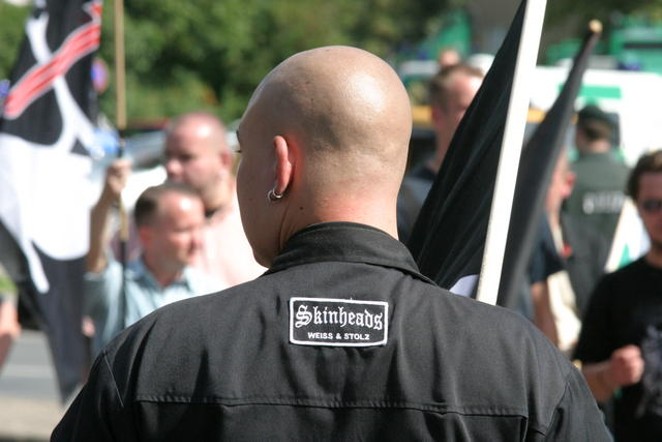 Marek Peters / www.marek-peters.com
The suspected gunman in last weekend's mass shooting in El Paso is reported to have written in an online manifesto that his action was a response to a "Hispanic invasion of Texas."

And research suggests the alleged shooter isn't the only Texan holding extreme and potentially violent views on race and ethnicity.

The number of hate groups in the Lone Star State reached 73 last year, more than double the total four years earlier, according to the Southern Poverty Law Center, which tracks extremist organizations.

Virtually all of Texas' major cities are home to at least one hate group, and 14 operate statewide, according to SPLC's online "hate map." The groups on the list range from those with anti-Muslim and anti-LGBTQ views to white nationalists and Holocaust deniers.

San Antonio counts at least two hate groups, according to SPLC. Extremist organizations also operate in nearby communities such as Pleasanton, Boerne and Kerrville.

The growth of Texas' hate groups mirrors a nationwide trend — and one that tracks with Donald Trump's appearance as a presidential candidate, SPLC officials said.

"It’s no coincidence that the number of hate groups we’re tracking across America rose for the fourth consecutive year in 2018 — for a cumulative 30% increase that coincides with the last presidential campaign and the current administration," said Karen Baynes-Dunning, interim SPLC president. "Hate crimes also have risen by about the same amount during this period, following three years of declines."

As a candidate, Trump used derogatory language to describe Mexicans and threatened to ban Muslims from entering the United States. As president, he's frequently used terms such as "invasion" and "infestation" to describe the arrival of immigrants, emboldening Americans with extremist views, according to Baynes-Dunning.

"Words matter," she said. "Especially the words of our political leaders."

Texas' sheer number of hate groups exceeds that of its neighbors, including Louisiana, which has 21 such groups, and New Mexico, which has none.

However, Texas isn't among the states with the most groups per capita. Sparsely populated Idaho, Montana and South Dakota, for example, have a higher concentration.