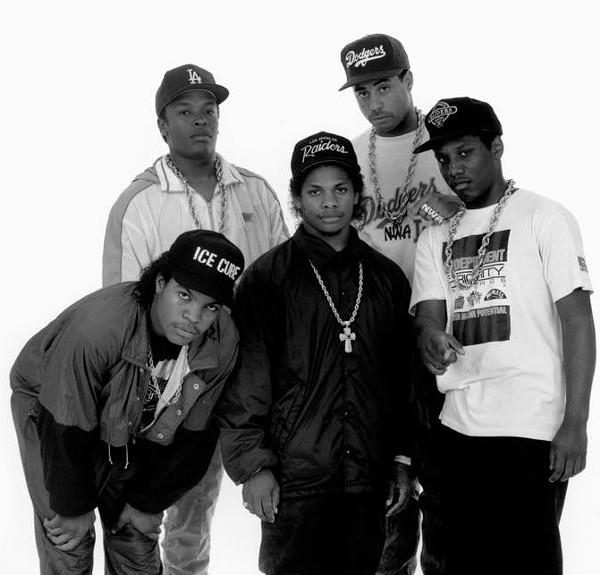 Courtesy
Jheri curls are on point, gentlemen
Ice Cube recently sat down with The Talk, that beacon of all things gangsta, to announce that he has "some tricks up [his] sleeve" for this year's Coachella festival. Cube will headline the festival both April 16 and 23 and stated that he is "gonna try to bring the members of N.W.A together [to] join me on stage."

Cube went on to mention that he will be performing the same night as Guns N' Roses' first show with the original lineup in over 20 years. However, in the past, plans of an N.W.A reunion have turned out to be a bunch of hype, mostly on the part of Universal Pictures, who alluded to N.W.A would be co-headlining a tour with Eminem in 2015, which never came to fruition.