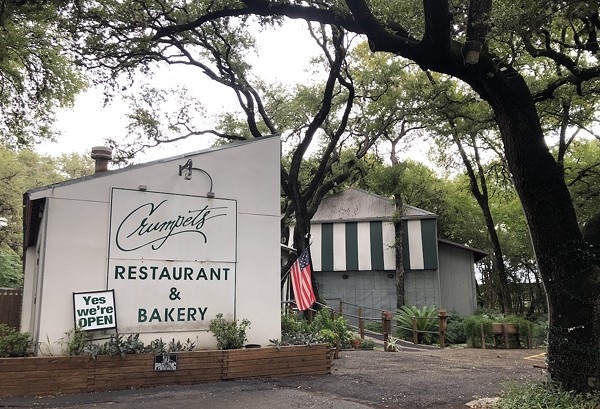 Ron Bechtol
“I’m happy to be out of the restaurant business!” Those were practically the first words out of Francois Maeder’s mouth as I arrived for our interview in the midst of a downpour. Considering that his cooking career in San Antonio began over 40 years ago, Maeder had ample reason to feel a sense of relief.

The Swiss-born chef and baker touched down in the Alamo City in December of 1977, fresh from 10 years in Montreal, as a part of a team of Canadians assembled to open the Alamo Fish Market and Bakery in a quirky historic building on the River Walk. (After decades of lying empty, the shell of the building is now being reused as a part of a boutique hotel developed by Chris Hill and others.) Having experienced several Montreal winters, “San Antonio seemed like heaven on earth,” says the generously proportioned chef, so he was more than willing to stay — first as a baker, then, as kitchen staffing became an issue, taking over more and more of the cooking duties. Unfortunately, the pioneering enterprise lasted only a couple of years before the backers abruptly “flew the coop” and paychecks bounced. “Money laundering” was suspected.

But Maeder landed on his feet at the then-fledgling Las Canarias, spent some time working at Handy Andy, a supermarket chain with gourmet aspirations that preceded Central Market in ambition (but not in longevity), and finally attracted the attention of Annalisa Hutt. Hutt, at the time married to restaurateur Joe Cosniac of Paesanos repute, had just opened Crumpets in a small shopping center on Broadway in Alamo Heights. (La Paloma Blanca currently occupies the space.) And it was quietly forging new ground with the likes of the then exotic-seeming beef tenderloin in green peppercorn sauce. “Having a few years of restaurant reviewing already under my belt, I considered the place a welcome member of the culinary community, a harbinger, looking back, of fine, modestly ambitious food in a non-stuffy environment,” he said.

Maeder took over the restaurant in 1983, keeping most of the menu and making “small changes, adding specials” as time went by to a repertoire that included Beef Wellington, pâtés, and eventually rack of lamb. He expanded in place to focus more on a bakery that offered an inexperienced audience almond croissants, gateau St. Honoré (google it), and the strawberry Chantilly cake that became an enduring favorite.

“I was there for 17 years,” reflects Maeder, and “probably paid more in rent than the center [eventually] sold for.” He solved the rent problem by decamping to his own place at Oakwell Farms on Harry Wurzbach where, amongst the live oaks, he quietly continued to present The Trilogy (lobster tail, beef tenderloin and rack of lamb, each with its own sauce), along with fettuccini Alfredo, poached rainbow trout and calf liver with sautéed shallots to an appreciative audience that, he admits, definitely skewed older. 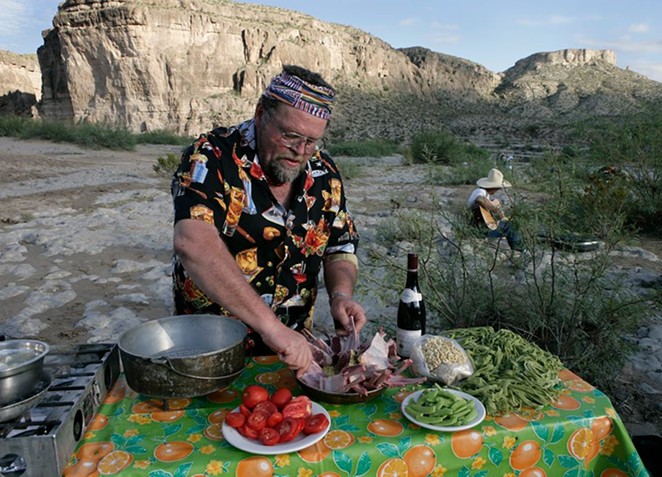 Courtesy of Francois Maeder
But if the menu seemed fixed in a Gourmet Magazine past (for this Maeder makes no apology, invoking his audience and dismissing the need, even in an Instagram age, to change things “just for the sake of change”), the chef himself sought other adventures: he started promoting gourmet rafting trips, primarily on the Rio Grande in Big Bend National Park. I went on one of those early adventures.

The instigators of that trip were Richard Higbie and Randy Mathews of Boudro’s and Zinc, and the melding of culinary minds made magic. An entire raft was devoted to china (gold-rimmed plates, no less) and glassware better than that used at many a land-bound location. There was entertainment (we both recall that maybe it was a guitar duo), very good wine, and feastly food such as prime rib. “It’s really hard to do a prime rib over a charcoal fire,” admits Maeder, but somehow he managed it.

With the closing of Crumpets on September 15, the last special of steelhead trout will be served; Maeder mentions this with just a whisper of regret. More regretfully, he does wonder where his long-time patrons will find food to their liking. As easy (and, frankly, as unnecessary) as it is to criticize menus that don’t move with the times, it’s best to acknowledge that there’s always an audience that prefers modest movement. Devoted service is a kindred issue. “Kids these days don’t want to work,” laments Maeder. Crumpets, on the other hand, has one server whose tenure stretches back 38 years. “She knows what customers will order even before they sit down,” he says.

But as the space is taken over lock, stock and everything but art by Hearthstone Bakery (in a kind of comforting coming around, the new owner used to patronize Crumpets with his parents years ago), Maeder begins a new adventure as a cookbook author. “[The book] will focus on Crumpets recipes with a little humor thrown in [and a little help from writer Nancy Cook-Monroe],” he says with eyes still bright. And he’ll continue mounting those less challenging rafting expeditions that his wife will let him undertake, considering the pacemaker and other heart devices he now deals with at age 72.

Yet despite my assuming that more than 40 years on the line can take its toll, Maeder has no regrets. “San Antonio has been good to me,” he muses. We suggest he has been good to us as well.