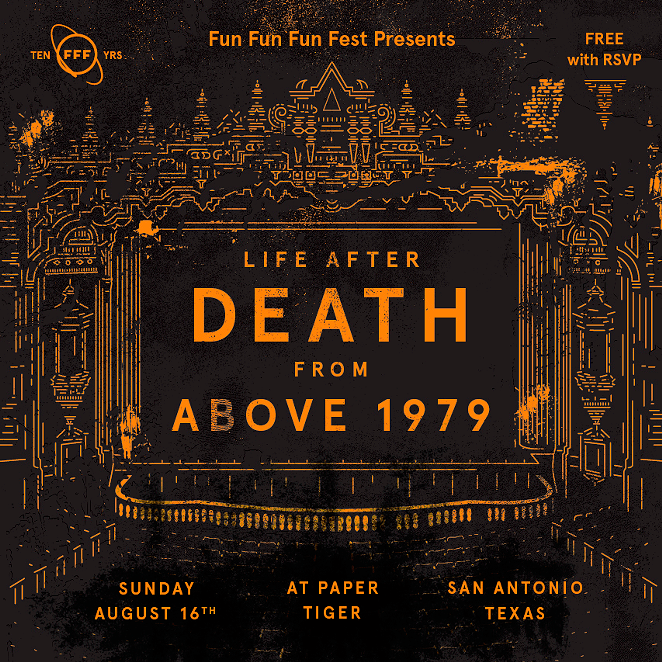 In some synergistic event planning, Paper Tiger and Transmission homies Fun Fun Fun Fest teamed up to screen documentaries about two of their anticipated gigs in August. On Sunday, August 16, Paper Tiger hosts Life After Death From Above 1979, a document of the drum and bass duo whose 2004 album You're a Woman, I'm a Machine became a cult classic after the band split in 2006 (they've since returned for a 2014 effort). In the spirit of the music, San Anto dance punks Blithe will perform.

On Monday, August 17, the screening relocates out to Alamo Drafthouse Park North for the 2012 doc A Band Called Death. Directed by Mark Christopher Covino, the flick approaches the career of Detroit proto-punks Death and the massive following the trio acquired well after their original run came to an end.

So, in case your too-hip punk crush is talking about these impending gigs, you can now join the death-themed conversation. Both screenings are free with RSVP. The gigs themselves are Tuesday, August 18 (Death From Above 1979) and Friday, August 21.