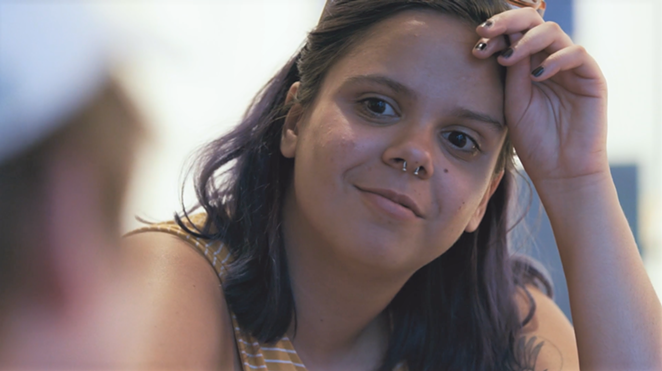 Impact Partners
A few days after 17 students and staff were killed in a mass shooting at Marjory Stoneman Douglas High School, in Parkland, Florida, in 2018, then-governor Rick Scott went to the hospital to visit 18-year-old survivor Samantha Fuentes, who was shot in the leg and suffered injuries to her face from shrapnel.

When Scott asked the high school senior if there was anything she needed or wanted, Fuentes did not hesitate to make her request.

“I said, ‘I want to speak to the president of the United States,’” Fuentes told the Current during a recent phone interview to talk about the new documentary Us Kids. The film follows Fuentes and other survivors who became gun-control advocates after the tragedy in Parkland.

Before she knew it, Scott was handing Fuentes a phone with President Donald Trump on the other line.

“That was a very interesting call, for sure,” Fuentes recalls. “It was one that shocked me very much.”

“Then, he began to ask me a bunch of revealing questions like if I had seen the shooter’s face,” Fuentes said. “He called the shooter a sick puppy. He had absolutely no training or experience on how to console another human being. He’s a man who lacks empathy, common sense and understanding.”

In 2018, Fuentes told the New York Times after the phone call that she had “never been so unimpressed by a person in my life. He didn’t make me feel better in the slightest.”

Now, a day from the 2020 election, Fuentes is urging voters to go to the polls, cast their ballot and be on the right side of history, especially when it comes to gun-control issues.

“There needs to be a critical change in this country,” she said. “So, get civically engaged. Get pissed off. Get angry because the current state of the United States right now is disastrous for so many people. That’s not going to happen with just one election. It’s going to take hundreds of thousands of people to have their voices heard.”

Us Kids is currently streaming for free at the Alamo Drafthouse’s Virtual Cinema from now through Election Day, November 3.