PBS to Air The Highwaymen: Friends Till the End in 2016 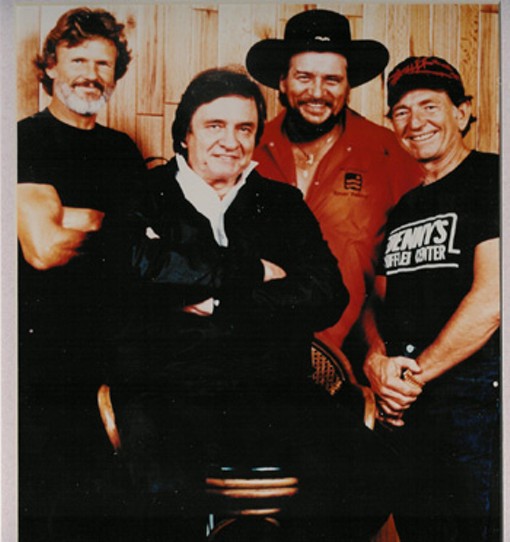 wikimedia
Kris Kristofferson, Johnny Cash, Waylon Jennings and Willie Nelson
The greatest country music supergroup of all time are the subject of a new PBS American Masters special set to air on May 27, 2016, so set your DVR now.

Following the careers and union of four of the most iconic country music hall of famers, the special will focus on their 1985 formation, after years of friendship and song-stealing, guitar pulling and pickin' sessions. The Mt. Rushmore of country groups (if only Merle was in their, too) helped relaunch their careers, although none of them were exactly hurting popularity-wise. However, the joining of Waylon Jennings, Johnny Cash, Kris Kristofferson and Willie Nelson allowed for an exposure that was unprecedented for a single artist. In short, it's the age-old equation: one incredible songwriter with their own devout following is good, four is a once-in-a-lifetime experience.

The 2016 American Masters series will also highlight one of the queens of country music, Ms. Loretta Lynn. Coinciding with Lynn's first release since 2004, Loretta Lynn: Still a Mountain Girl chronicles the coal miner's daughter's trek from rural Kentucky farm girl to reigning monarch of country music. Carole King, most well-known for her solo record Tapestry, and author of numerous archetypal pop hits, such as "Will You Still Love Me Tomorrow," as made popular by The Shirelles; "Crying in the Rain," by the Everly Brothers; "He Hit Me (and it Felt Like a Kiss) by The Crystals; and "Up on the Roof" by The Drifters, will also get the American Masters treatment. Janis: Little Girl Blue, covering the life and career of Port Arthur-native and blues mistress Janis Joplin, will also be released in the coming year on the series for PBS.