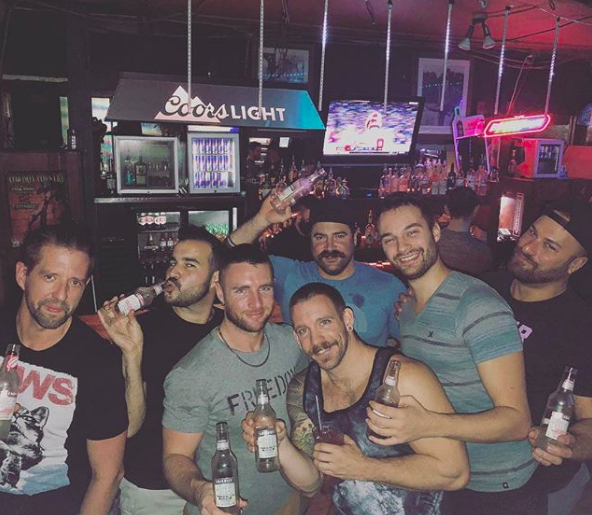 Photo via Instagram / adameow
This article was originally published by our sister publication Out In SA.

San Antonio’s Pegasus Nightclub, located at 1402 N Main Ave., was the only local LGBT establishment to make this year’s NewNowNext list of 50 Most Popular Gay Bars in the United States. The list was released on January 15.

The Pegasus was ranked number 10 in the nation falling two places from last year when it placed eighth. The number one club in the country, according to the list, is the Parliament House in Orlando, Florida.

NewNowNext says the list is based on “Data collected by Gravy Analytics, a location-based marketing platform [that] tracks mobile data to verify attendance at places and events throughout the United States. This list tracks gay bar attendance from November 1, 2017, through October 31, 2018.”

This is the second time Pegasus was recently cited on a “best of” list. Last July, it was named the Best Meat-Market Bar in the San Antonio Current’s annual Best of San Antonio List.

Pegasus has been a fixture on the Main Avenue Strip for almost 25 years. The club’s owner, Mauro E. Garza, has described the atmosphere of the club as “down home.” Some of the establishment’s customers have been less than diplomatic on social media when describing the bar’s chock-a-block construction and the less-than-spotless restrooms.

Garza is unfazed by the criticism, considering that despite the complaints, the club continues to pack them in. He once told an interviewer for Plaza de Armas, “If I spent half a million [on my bar], my customers might not come. We never have a cover; our employees treat our customers nice.” Whatever the Pegasus may lack in interior design it makes up with weekend crowds standing cheek to jowl in an atmosphere that’s just raunchy enough to encourage meeting that special stranger.

Last year, Garza surprised the LGBT community when he ran for Congress as a Republican. He was one of 18 GOP candidates vying to succeed Lamar S. Smith (R-San Antonio) who held the seat for 30 years. Alas, Garza’s political ambitions were dashed when he came in 14th place in the primary.

The Pegasus was in the headlines last fall when a 44-year-old man from El Paso fired his gun into a crowd outside the club in the early morning hours of October 8, injuring three people. Police Chief Willam McManus told the media the shooting was not a hate crime. “It was not driven by anything other than being an angry patron who was removed from the club because he wasn’t wanted there anymore.”

The other Texas gay bars on NewNowNext’s list are: