Phil Anselmo (Pantera, Down, The Illegals) On His Passion for Horror Films 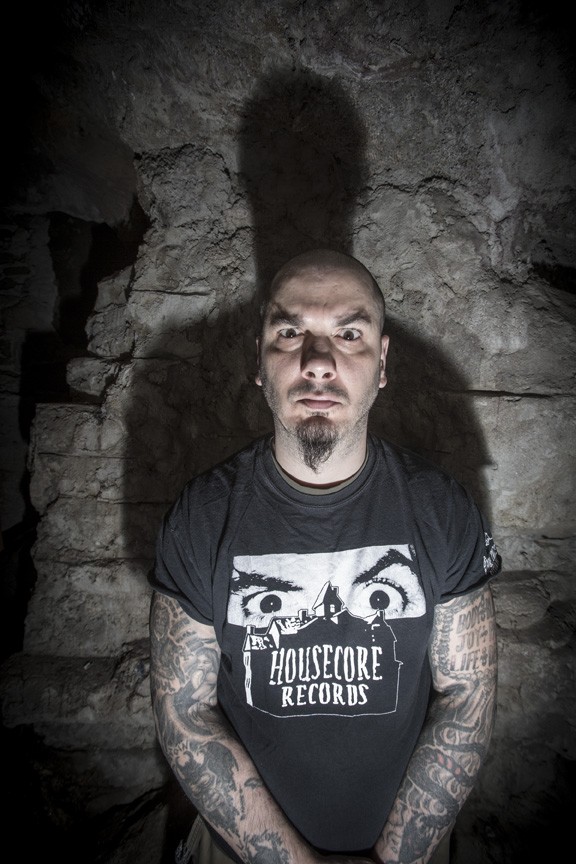 (photo by Jimmy Hubbar) Former Pantera singer Phil Anselmo (now known as Philip H. Anselmo) will be in San Antonio on January 27 (Backstage Live), when he’ll perform with his new band The Illegals in support of Walk Through Exits Only, his first solo album. Look at the Current interview on January 22. In addition to his passion for metal, Anselmo is a lifelong fan of horror movies and boxing. “Impossible, impossible,” he told the Current when asked about his favorite horror film of all time. “I love horror films from every era and I love many, many different styles.” Can he at least choose three? “No.” I pressed him and asked for his take on The Exorcist, and that ignited a brief talk on some of his favorite horror films from all time. Warning: this ain’t Cahiers du Cinéma talking. The Exorcist (1972) “Excellent film, but overdone at this point. I mean, The Exorcist itself is great, but all the other possession films are bullshit, not very scary for me at all. The original is a great stylistic movie and you have to think that, for 1972, it was a very cutting edge fucking movie, very unforgiving. Most horror freaks have a special spot in their heart for it. It’s a classic.” Go to the next page to see some other Anselmo horror favorites. “There’s so much to choose from. The black-and-white era, the earliest films possible, films from every era. But let’s see ” Another warning: the next movie chosen by Anselmo is not for theists or the faint of heart. Nekromantik (1988) “Both original and sequel are cutting edge and hideous. They should be X-rated, to a certain degree.” I Bury the Living (1958) “Old black-and-white films like that are so fucking great and so well done. They’re atmospheric, fantastic.” The Thing (1982) “The John Carpenter version [based on 1951’s The Thing From Another World] is fantastic.” Go to the next page to see Anselmo’s last four choices. Let’s Scare Jessica to Death (1971) The Evil Dead (1981) “I hated the remake, it’s terrible All fucking mishmash bullshit.” Burn, Witch, Burn (1962) “Great fucking movie.” Curse of the Demon (1957) “Excellent movie with special effects way before its time. I like so many horror movies it’s fucking ridiculous, man.”