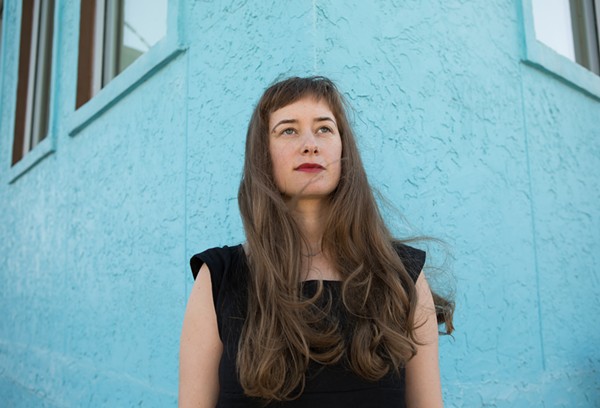 A month ago, we launched a series asking members of San Antonio's music scene to share information on their three favorite local artists working inside their respective  genres. This week, we tapped experimental percussionist extraordinaire Claire Rousay, who also curates the avant-garde music program Contemporary Whatever.


Nadia Botello produces sound installations rather than performing live. Her work encourages audiences to consider sounds, not just as music or noise, but as non-verbal responses to spaces, people and objects.

In other words, trippy stuff.

“Her website is filled with stuff that’s super interesting — how the sounds in the room are interacting with an object,” said Rousay, doing her best to describe the avant-garde medium in which Botello works.


As an example, Rousay referenced one of Botello’s musical pieces, Untitled. 1972, from Deja-Vu, which was paired with an eponymous Ralph Gibson photograph. Gallery visitors listen to Botello's composition on headphones while viewing the photo.

Check out more of her work at nadiabotello.com.

“I booked [Bissell] from 16 Psyche, who also produces avant-garde compositions and percussion music,” Rousay said. “He played a composition for us where he peeled off his fingernails and incorporated them in the piece.”

While we couldn’t find any recordings of Bissell’s solo percussion performances, we’re pretty sure he nails it every time (insert slapstick drum hit).


Along with Wolf Party and Bob Dole Shows up Late for the Matinee, Kenneth Kovats' project Leg Market is another name to add to the growing roster of San Antonio-based noise artists. His sound mixes industrial textures like samples and feedback with violent moments of distortion and screeches.

“He’s a noise guy, but [his performances] are super-theatrical," Rousay said. "And he has a super-good sense of humor while still maintaining quality control of his sound.”


What sets Kovats apart from others in his genre, however, is a sense of intention, which makes his performances seem less sloppy and more focused than many in the genre. For updates on Leg Market shows and releases, follow him here.