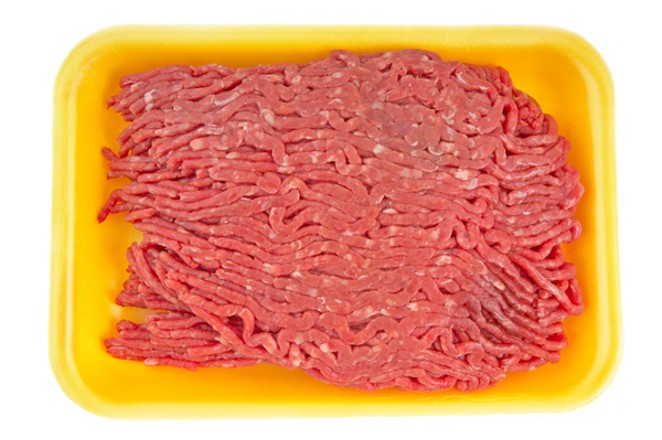 Food contamination in America reached new heights this month. First, parents and consumers were up in arms about meat with "pink slime" -- a disinfectant processed into ground beef that is routinely served to children in public schools and available for purchase at grocery stores. While manufacturers assure buyers that pink slime is perfectly safe to consume and makes their product safer, one must wonder why the foods we're buying and eating are crawling with pathogenic bacteria and pose a risk when not disinfected; cooking is how humans have historically disinfected food.

The latest food safety scare is the nation's fourth mad cow disease (bovine spongiform encephalopathy) case which was discovered this Tuesday in a dairy cow in California. Tom Talbot, chairman of the National Cattlemen's Beef Association's Cattle Health and Well-being Committee, thinks this is to be considered an atypical case,  which means the disease developed spontaneously, perhaps through genetic mutation. Talbot assures consumers the illness was not acquired through contaminated feed, or "banned" feed, which has been outlawed in the U.S. The USDA and the California Department of Food and Agriculture have launched an investigation to determine if any other animals were ill and where the sick cow originated from.

While beef exporters are worried about temporary profit loss from scared overseas buyers, the U.S. public is assured that the contaminated beef (which is now supposedly out of the processing plant) was meant for pet food -- it was a dead dairy cow being processed into ground meal. However, what's not being advertised is that the milk from the infected cow was sold for human consumption prior to the discovery, as it was a dairy cow.

This month's mad cow scare coming in the wake of the "pink slime" scandal signals that potential profit seems to be of more concern than fixing a broken system in the interest of the public's health.  In fact, small-scale meat operations often charge higher rates for their quality products (grass-fed, pastured) and are still able to gain a loyal customer base and produce safe goods. Take the example of the farmer's market. Meat and dairy purveyors at farmer's markets (who grow/produce the meat, eggs, or milk themselves at their small-scale farms) do not need to mix in chemical disinfectants to such goods because of the nature of their operations. Small operations naturally do not require the antibiotics, hormones, cramped quarters, and unnatural feed of factory farms. In the hands of small-scale farmers, eggs are not pasteurized, milk (according to some state laws) is often raw, and animals are slaughtered then packaged and sold. The environment did not illicit infection and therefore the product is not infected and doesn't need pink slime to be considered safe.

The best choice consumers can make as of now is to boycott factory-farmed meat and dairy and opt for smaller portions of high quality proteins -- from our local farmer's markets and and farmers themselves. It's fresher, it tastes better, it's healthier, and you don't risk serious infection and illness.