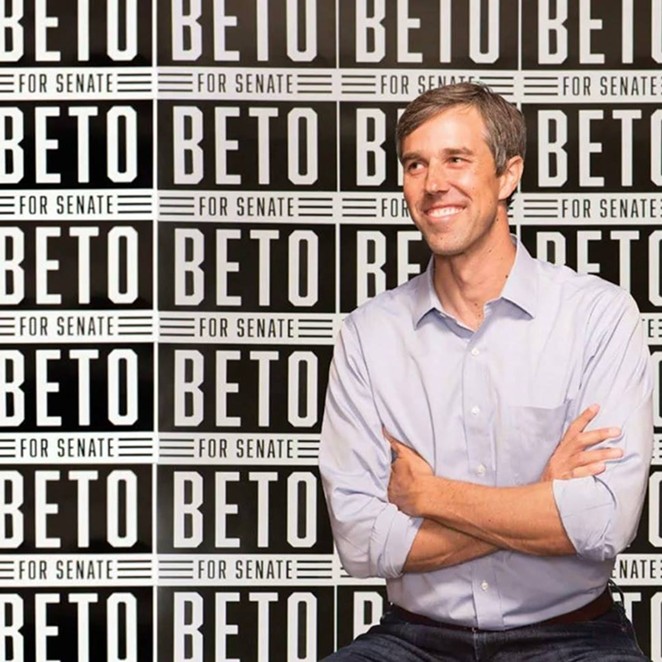 Facebook, Beto O'Rourke
U.S. Senator Ted Cruz may have had President Donald Trump campaign for him in Houston on Monday, but Democratic candidate Beto O'Rourke has much better support.

Intocable will perform a free concert at a Beto rally at Cowboys Dancehall on Tuesday, October 23 at 7 p.m.

The congressman's campaign announced Monday that the norteño group, along with Shinribs and Los Callejeros de San Anto, will perform as part of a rally for Beto.

"We're extremely honored to perform for the people of Texas this coming Tuesday, but also happy to stand in support of Beto O'Rourke," the band said in a news release.

O'Rourke will speak inbetween the musical acts, as will U.S. Rep. Joaquin Castro.

While the event is free, those hoping to catch Intocable and Beto will have to RSVP to the event.

Now excuse us while we get hyped for the show (and for Beto, duh).