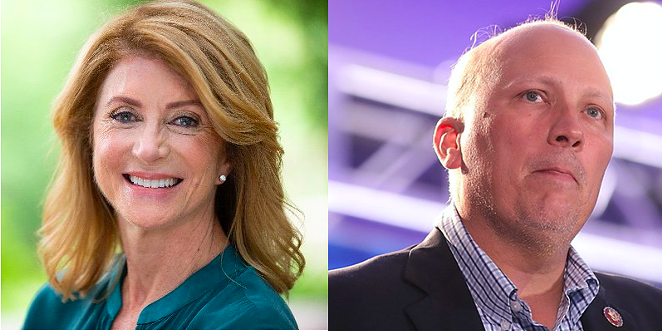 The move comes as the firebrand Roy, a House freshman, faces a challenge from Wendy Davis, a former Texas Senator and gubernatorial candidate known for her headline-grabbing filibuster to shut down a controversial anti-abortion measure.

Davis has so far outraised Roy, pulling in a $2.9 million war chest, compared to his $1.7 million, according to Cook's analysis. Both Davis' campaign and the conservative Club for Growth, a Roy backer, recently began airing TV spots in advance of the election.

Roy's 21st District is one of at least seven in Texas that Democrats have made a priority of flipping this cycle. If that happens, it would signal a major shift for the district, which has been in Republican control since 1979.

Roy, a former staffer for Sen. Ted Cruz, won his 2018 race by fewer than three points. He's also emerged as a polarizing figure at a time when many observers see Texas suburbs shifting toward Democratic control amid demographic changes and an anti-Trump backlash.

A recent Politico report highlighted Davis' attempt to capitalize on Roy's frequent criticism of Dr. Anthony Fauci and statements downplaying the coronavirus pandemic. Roy told Politico that he takes the health crisis seriously but Democrats have politicized the issue and aren't listening to science.