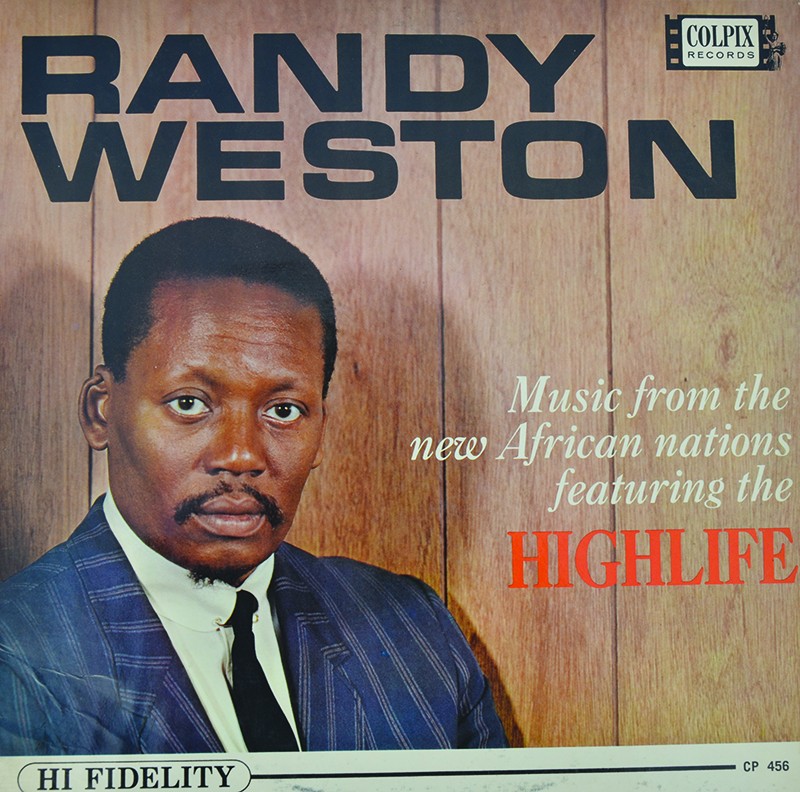 Turned off by the American public's matchstick attention span for jazz, in the late '60s, pianist Randy Weston left his home in Brooklyn for Morocco. It was in Africa that Weston helped change the rhythmic language of jazz, while living a life like the setup of a post-colonial action flick.

With an ex-lion tamer as a business partner, Weston ran the African Rhythms nightclub in Tangier, a crowded and ancient city at the western gate of the Mediterranean. Above a movie theatre, expatriates, musicians and Moroccan big wigs crowded the spot from its 11 p.m. opening to closing around dawn — the jazz player's ideal work schedule.

"We had everything in there from Chicago blues singers to singers from the Congo," Weston told the San Antonio Current. "The whole idea was to trace African people wherever we are and what we do with music."

When Weston repatriated to America in the '70s, he returned with a griot's knowledge of Africa's vibrant rhythms. More than any musician since Afro-Cuban and bop pioneer Dizzy Gillespie, Weston brought the rhythmic structure of jazz closer to Africa. The spry drum polyrhythm of West Africa and the highlife music of Ghana became the foundation of Weston's arrangements.

Decades before his tenure in northern Africa, Weston had his eyes and ears set toward the continent. Weston's father, Frank, a descendent of escaped Jamaican slaves, guided him to his roots.

"Because of my daddy, he always had me reading books about ancient African civilizations," said Weston. "He gave me music and he gave me Africa."

Growing up in Brooklyn in the '40s, Weston quickly tuned into the creative class of African-Americans dominating the city's music scene. As a young pianist, Weston immediately clang to the work of oddball stylist Thelonious Monk and grand master Duke Ellington.

"I was attracted to Ellington because he approached the piano as an orchestra," said Weston. "And he could always get a particular sound, I know he used to do things in the bass. I love the sound of the bass of the piano."

On his '54 debut, Cole Porter in a Modern Mood, Weston betrays the influence of his 88-key idols on an album of standards. On the keyboard, Weston runs around with Monk's stop-start delight and Ellington's stunning right-hand melodies. In the left, Weston grounds himself in the low octaves. He hammers with a strong, percussive hand, courtesy of his six-foot-seven frame.

With his own compositions, on the sophomore '55 LP Randy Weston Trio, the pianist is already aligned towards Africa with an unmistakable talent as a songwriter. On "Zulu," Weston hurls forward at a steady bop pace, breaking into a full-bodied and rolling march in the head.

"I just can't play the notes, I have to tell a story," said Weston. "I'll never forget, I met [groundbreaking saxophonist] Lester Young in the '60s. He had some young musicians and they were playing a lot of notes, you know. He said, 'excuse me sir, what's our story?' So when I approach the piano, I always have to tell a story."

In his seven-decade career, Weston has become a master storyteller. "Berkshire Blues" and "Hi Fly" have entered the canon of jazz, tucked away in the pages of the fake book. "Little Niles," Weston's most famous tune, roars and ebbs back with the power and vitality of the great Egyptian River.

After a 2013 album with saxophonist Billy Harper, the next chapter in Weston's career is a suite called Seven African Ancient Queens, telling the history of Africa's great empires in song.

"Africa is the oldest civilization," said Weston. "African music is as old as Africa itself. But Africa's contribution to America is not recognized, because we're not taught the history of African civilization ... 'cause people today, all they know about Africa is after colonialism, after slavery, that's all they know."

With his touring African Rhythms quintet, Weston hones the tradition he laid down in his time in Morocco. On Sunday, Weston will be backed by Texas tenor Billy Harper, altoist and flautist TK Blue, bassist Alex Blake and Neil Clarke on African percussion.

At 89, Randy Weston is a National Endowment for the Arts certified Jazz Master, the highest award available in the field. But in the undimming twilight of his career, Weston still looks back to learn from the giants of the early 20th Century.

"I always concentrate on what I call our royalty," said Weston. "The [Art] Tatums and people like that. They're irreplaceable. They were always committed to the African-American community. The music was healing. Our people went through a lot of pain in so many ways, but it was music that lifted our spirits. You realize they were not only great musicians but they were documenting the history of our people. And kept us proud and wonderful through a time of oppression."