Reality Bites: Cats and Dogs in San Antonio Aren’t the Only Ones in Crisis 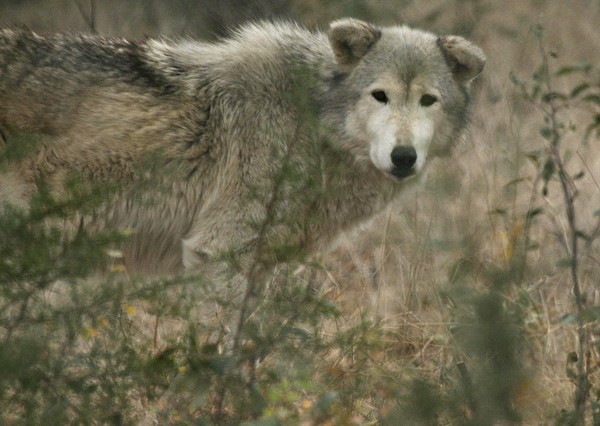 Wildlife Rescue & Rehabilitation
San Antonio has made great strides with cat and dog rescue work, particularly with the widespread implementation of Trap Neuter Release (TNR) programs for the feral cat populations across the city. Organizations like the Animal Defense League, Humane Society of San Antonio and others have helped rescue and rehome countless animals, as well as promote widespread spay and neuter of pets to prevent further overpopulation.

As common and beloved domesticated species, cats and dogs get a lot of attention, but what about other animals, domesticated and otherwise, that end up in trouble? Most of the local rescue organizations explicitly serve the feline and canine population, which would seem to leave the remaining work to San Antonio’s Animal Care Services, but there is another major player on the scene: despite its name, Wildlife Rescue and Rehabilitation gives sanctuary to many domesticated animals in addition to its work with both native and non-native wildlife.

Usually, only the most outrageous rescue stories hit the news, like last spring’s escapee macaque at the airport and ACS’s massive seizure (with an assist from the San Antonio Zoo) of a combined population of hundreds of snakes and rodents in September. However, according to ACS Public Relations and Outreach Manager Lisa Norwood and Field Supervisor Officer Joel Skidmore, these splashy rescues are a drop in the bucket of the cases of animal cruelty, abandonment and other mishaps that they have to deal with on the regular, which surprisingly often include stray livestock frolicking without a care down the road.

On any given day, you can consult the Pet Search page of ACS’s website and find a small number next to the category “Other” under “Animal Type.” Here, potential adopters can find animals such as rabbits or chickens (or even quail!) who need a home. The adoption process does not actually differ all that much from cats and dogs — the application is the same, and ACS always conducts an interview with prospective adopters — but there are certain caveats regarding city and state regulations, as well as the animals’ specialized needs.

Wildlife Rescue & Rehabilitation
But, just because an animal comes into ACS’s custody does not mean that the average Joe in San Anto will be able to lay claim to him or her. Pigs, for instance, can never be re-homed in San Antonio because their ownership is prohibited within city limits. ACS often relies on other animal rescues, both local, state- and nationwide, to take in individuals that need specialized care. In the case of the seized snakes last fall, the famous Animal World and Snake Farm Zoo, which is now an accredited zoological association, stepped in to provide their expertise with large constrictors.

Unlike ACS and other local animal rescue organizations, WRR is not in the business of “re-homing” animals. When animals in need come into WRR’s care, no matter the species, they rehabilitate them and either release them back into the wild or provide a safe and humane home for them on the rescue’s 212-acre sanctuary in the Hill Country town of Kendalia.

WRR Founder and President Lynn Cuny puts it simply: “We do everything we can to give them the opportunity to reclaim some of their wildness and some of the type of life they would have chosen if nobody had ever taken them and exploited them.”

All domesticated and non-native wild species that come into WRR’s hands are given their own space to roam at the Kendalia sanctuary, which WRR acquired in 1999. Whenever possible, domesticated animals are allowed to free-roam on the property in herds or flocks, as the case may be. However, this is not possible for every individual animal, particularly for non-native wild species. In these cases, WRR has custom-built large enclosures that encompass wide expanses of natural terrain that includes variance such as bluffs, pasture, tall grass and trees for the animals to navigate and climb.

Non-native birds are kept in large aviaries so that they are allowed to fly, rather than be kept in a cage for life, and WRR eschews the common use of terrariums for snakes and reptiles, making sure that they have access to outdoor spaces and live amongst other compatible species rather than being kept in isolation. WRR also constructed heated buildings on the property for species that are not suited for Texas winters, and the sanctuary features large expanses dedicated to primates, bears, canids and more.

Most importantly, Cuny notes, “we don’t handle them, we don’t name them, we don’t interact with them — we let them be with their own kind.” This sanctuary is not a playground for humans to enjoy or interact with animals, even if they’re domesticated. It is for the animals themselves to recover and live in a manner that they choose, insomuch as it is possible in captivity.