Resident Evil: I Trapped the Devil Sets Up a Curious Quandary, But Its Script Amounts to Eternal Damnation 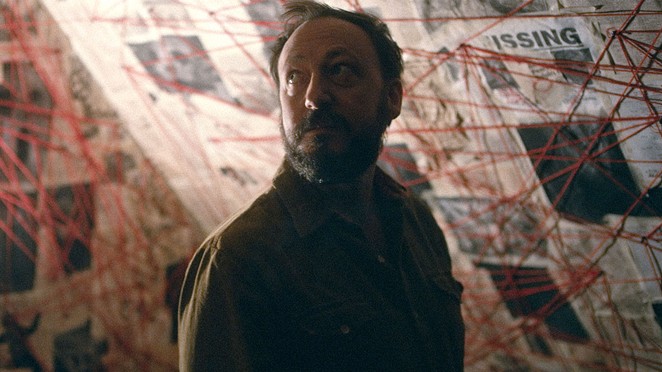 The Devil has taken countless forms in cinematic history — from a voluptuous British vixen in the 2000 comedy remake of Bedazzled to a dead-eyed, black goat in the 2015 horror folktale The Witch. In I Trapped the Devil, first-time writer and director Josh Lobo conceals the incarnation of Satan and challenges audiences to decide for themselves whether or not the Devil is actually part of the narrative. It’s a curious setup for a morality test that might’ve been more effective as a less-than-half-hour Twilight Zone episode, especially since Lobo put so much stock into the film’s final twist.

I Trapped the Devil introduces viewers to married couple Matt (AJ Bowen) and Karen (Susan Burke), who have decided to surprise Matt’s reclusive brother Steve (Scott Poythress) with a stop at his house for Christmas. The unexpected company, of course, freaks out the anxious Steve, which, in turn, rattles Matt who becomes uneasy about whatever situation he and Karen have stepped into. “Mentally, I’m not sure where he is,” a concerned Matt says.

After way too much circular conversation and sulking, Steve finally shows his cards. He tells Matt and Karen that he has captured the Devil — in the form of a man — in his basement. He also points his guests to a room where he has made a diagram (the cliché kind with red string seen in many movies about serial killers and conspiracy theorists) and keeps an ancient book he says proves the man in his basement is really the proprietor of Hell.

Although Lobo offers some interesting framework for conflict, he can’t get past the illogical behaviors of his characters and the screenplay’s big-picture ideas that are never expanded in a broader sense. Matt and Karen have a decision to make when they find out Steve thinks he’s trapped the Devil, but somehow avoid asking him anything that could get them closer to the answer. How did you catch the Devil, Steve? Where did you find him? Why do you think he is the Devil? Also, what in the hell kind of knot did you use to tie up the all-powerful Devil with anyway? Instead, Matt goes with the vague “What have you done?”

What Lobo himself has done is lay out all the set pieces — a wooden crucifix hanging on the cellar door, flickering Christmas lights strung throughout the house, the vintage set design — but none of it really matters when the script doesn’t explore some of its deeper themes (autonomy, for example) or simply embark on a creepy and fun-filled evening with a deranged family member. Either way, with a title like I Trapped the Devil, the horror movie needed to be much more stimulating than this.