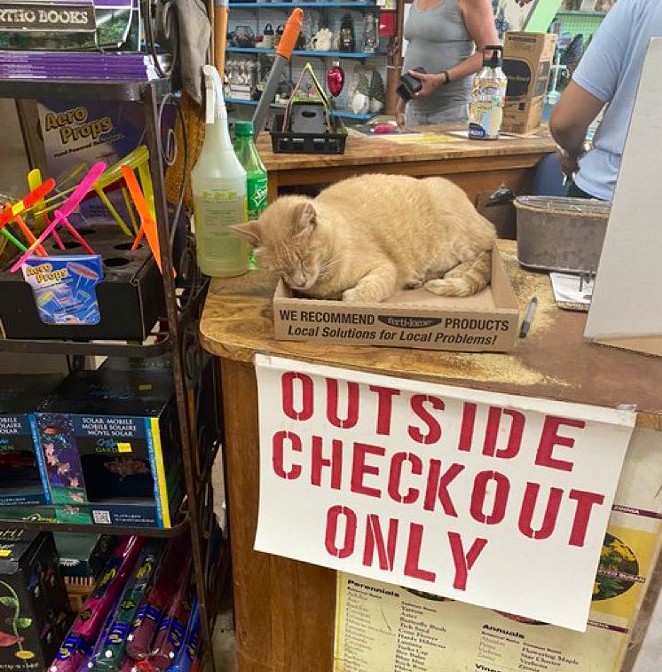 Twitter / bodegacats_
Rainbow Gardens' resident cat Moose has been featured on by social media behemoth Bodega Cats.
A cat that lives at San Antonio's Rainbow Gardens is having his 15 minutes of fame.

Moose, an orange tabby who resides at the Thousand Oaks location of the plant nursery, was featured in a post by the viral Bodega Cats social media account on Monday.

In the photo posted by Bodega Cats, Moose is seen snoozing in a box on the cash wrap above a sign that reads "OUTSIDE CHECKOUT ONLY," denoting Rainbow Gardens' pandemic-era policy of ringing up customers' purchases outdoors.