Rock superstar and Texas native Meatloaf has died at age 74 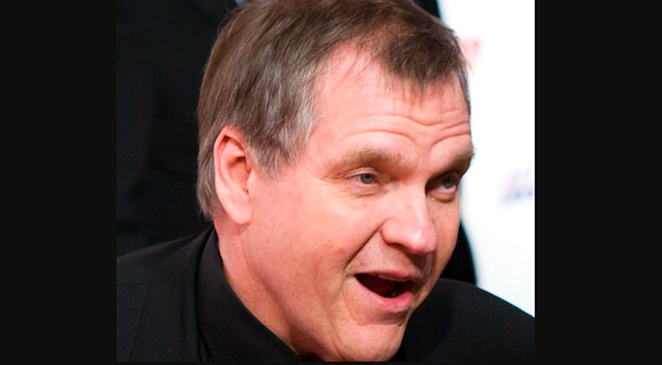 Wikimedia Commons / Christopher Simon
Meatloaf speaks to a MTV correspondent during an event.

Singer and actor Meatloaf, best known for the 1977 smash album Bat out of Hell, has died at the age of 74, according to a statement released Friday by family members.

“Our hearts are broken to announce that the incomparable Meat Loaf passed away tonight,” his family's statement said. “We know how much he meant to so many of you and we truly appreciate all of the love and support as we move through this time of grief in losing such an inspiring artist and beautiful man... From his heart to your souls… don’t ever stop rocking!”

Aday's single mother raised him after divorcing an alcoholic and abusive husband, according to multiple media reports. While attending Thomas Jefferson High School in Dallas, the future performer took an interest in both acting and singing.

After graduation, Aday enrolled in Lubbock Christian College before heading to Los Angeles, spending his early career opening for some of the biggest rock acts. Along the way, he played Eddie the lobotomized biker in the cult film Rocky Horror Picture Show.

His musical career as Meat Loaf exploded after working with Steinman to create Bat out of Hell, a cheeky amalgam of hard rock and show tunes that went on to sell 40 million copies. The initial album was such a success that he released the followup Bat out of Hell II: Back into Hell in 1993. A ballad from that release, “I’d Do Anything for Love (But I Won’t Do That),” won a Grammy.

Meatloaf eventually returned to Texas, buying a house west of Austin in the Texas Hill Country for $1.5 million in 2012, according to a report by Variety.

His cause of death is unknown, but Aday had been struggling with health issues for several years, according to press reports. He's survived by his wife Deborah Gillespie and his two daughters, Pearl and Amanda Aday.