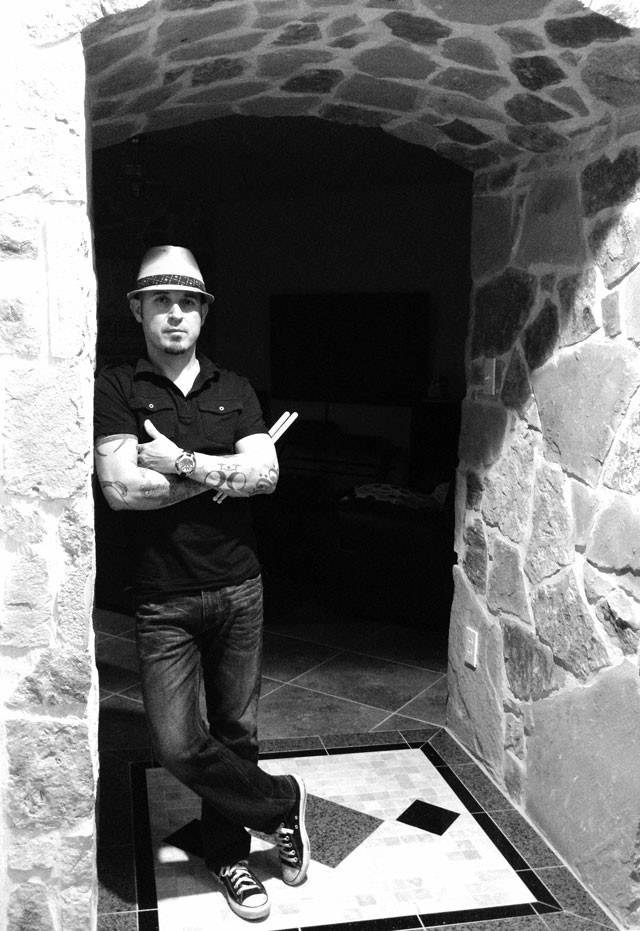 Remember the Hair Club for Men? In commercials that aired in the 1980s, former president Sy Sperling famously claimed that he wasn't just the president — he was also a client. That's how Ricky Reyes feels about Roxtarmusic.com, a networking website for musicians that Reyes launched on November 29.

Reyes, a 43-year-old drummer who has played with local bands such as Ledaswan, wanted to pick up gigs but got sick of the Craigslist routine of slogging through posts to find the one promising needle in a haystack of crazy, contacting the ad's poster, sending a link of himself playing drums, and answering questions about his resume and availability. "There was nothing out there that just answered all those questions," Reyes said.

He envisioned a free website where musicians could create profiles with resumes, upload pictures and videos of themselves playing, and indicate their level of commitment and availability, from a one-night stand-in to a year-long tour.

After years of thinking about it, Reyes made it happen, sinking $40,000 of his own money into designing and building the site. Roxtarmusic.com allows musicians to search for each other by city, instrument, level of commitment, and other variables.

"My battle cry to the people helping me build the website is that it needs to be simple, easy, and instant," Reyes said. "It's Saturday, you need someone tomorrow. You can search on your phone, computer, or iPad and connect immediately. A lot of my buddies, if I am not available, they can't do the gig. That shouldn't be the case."

Though Reyes wasn't aware of competing site Bandmix.com until a few weeks ago, he has — though unwittingly — managed to improve upon it pretty significantly.

Bandmix's format is busy, the musicians must use handles instead of their actual names, and you have to pay up to $13 a month if you want to contact someone you find on the site. Another service, Musiciansconnection.com, has a clunky, bare-bones format and does not appear to be widely used in Texas.

By contrast, Roxtarmusic.com is visually appealing, user-friendly, modern, and free. Reyes is still working on a mobile application, but the site is already built to work well on phones and tablets, and users can post their activity on Roxtar Music to Twitter and Facebook.

Reyes clearly put some thought into the project, hiring Boss Creative to build the site and tapping other savvy digital and creative types to hone and polish the final product. With little money for marketing, Reyes is using street teams and social media to promote the site, first in San Antonio and Austin before moving to Houston and Dallas.

As with any social networking site, success is measured not by the platform, but by the number of users. Whether Roxtar Music can attract a critical mass remains to be seen. But, as a musician myself who tried the service, I can see the potential. Perhaps, in the words of Sy Sperling, I will not only be the author of an article about Roxtar Music, but also a client.