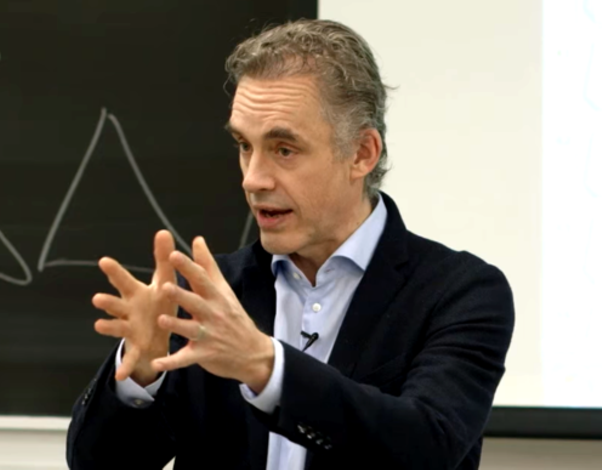 Wikimedia Commons
Jordan B. Peterson, shown here at a University of Toronto lecture, has emerged as darling of the right-wing press.
A new change.org petition is asking the Tobin Center for the Performing Arts to cancel the Oct. 10 speaking appearance of Jordan B. Peterson, the conservative pop psychologist known for inflammatory statements about LGBT people and... well, just about everyone else other than straight white men.

Peterson, a best-selling author with a popular YouTube channel, found fame when, as a psychology prof at the University of Toronto, he lashed out at a Canadian bill he claimed would compel him to refer to transgender students by their preferred pronouns.

He's emerged as a right-wing media darling by presenting himself as a science-savvy intellectual who can pick apart key tenets of social-justice movements —that patriarchy exists, for example, or that institutional bigotry is real. Oh yeah, he's also the guy who stirred up a shit-ton of rage when he told the New York Times that violent attacks, such as mass murder, are what happens when men do not have partners. His answer? Society needs to get those angry men married!

The petition's organizer, local activist Ashley Smith, herself a trans woman, says the city-supported Tobin shouldn't be playing host to a speaker who — while unlikely to heil onstage Richard Spencer — is still selling virulent anti-gay rhetoric.

"We have a right to say whatever we want in this country, but I don't think the Tobin Center, which received $100 million in bond money and still receives tax dollars, should be giving this guy a stage to say things that are very harmful to our city," she said.

Smith launched the petition Thursday, and as of this article's publication at 5 p.m. Friday, it had nearly 350 signatures.

At publication time, Tobin officials had not responded to an email or voicemail request for an interview. The Tobin's for the appearance doesn't mention Peterson's politics, instead describing the event as an "uplifting lecture, where he discusses overcoming life's biggest obstacles, how to improve oneself" and, of course, his new book.

In addition to canceling the Peterson's event, the change.org petition requests the Tobin "commit to scheduling programming that does not discriminate against people on the basis of an individual's race, color, religion, sex, sexual orientation, gender identity, veteran status, disability, familial status, national origin or age."

While the concert venue sometimes hosts comedians, musicians and theater performances that tread into offensive territory, Smith said she's not trying to step on free expression.

"This isn't artistic," she said of Jordan's talk, "it's ideology."