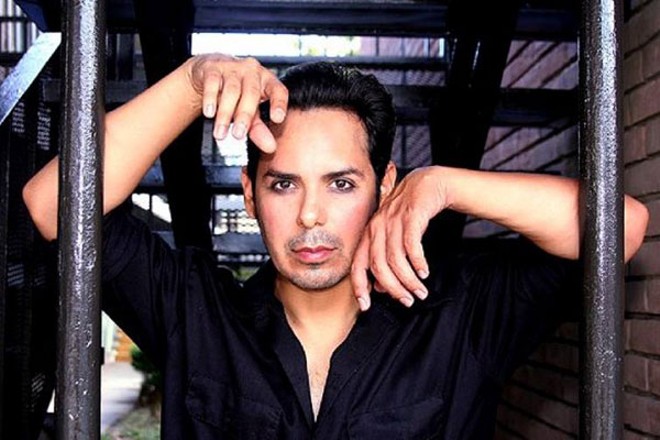 Courtesy Photo / Jade Esteban Estrada
“I thank the board of directors for entrusting me with this important work," Estrada said in a statement.
The board of directors of the Overtime Theater announced Jan. 6 that local actor, writer and director Jade Esteban Estrada will take the helm as the organization’s artistic director. Estrada succeeds William Razavi who resigned in November.

The Overtime Theater opened its doors in 2007. According to its website, it “produces works with an emphasis on playwrights in San Antonio and surrounding areas. Offering content that appeals to a wide variety of patrons, we specialize in world premieres of new works never before seen on stage as well as unconventional adaptations of old classics.”

“I wholeheartedly look forward to ... partnering with the board, staff, and creative team to make this a productive and memorable season,” Estrada said in a statement. “I thank the board of directors for entrusting me with this important work.”

Estrada’s multi-faceted career spans work in theater, motion pictures, television, stand-up comedy, choreography and burlesque. And, despite a travel and performance schedule which would tax most entertainers, Estrada still found time to teach acting classes, pen the Glitter Political column for the San Antonio Current and serve as co-editor of the San Antonio Sentinel, a local news and entertainment website.

A graduate of the American Musical and Dramatic Academy in New York, Estrada has directed and choreographed stage productions in over 20 countries.

A significant part of Estrada’s career has been writing and performing in one-man shows. In 2002, he debuted Icons: The Lesbian and Gay History of the World, Vol. 1 and by 2006 had followed that up with two sequels. Some of his other plays include Gay Christian, Gay Muslim, Gay Jew; Pico de Gallo; and A Lullaby for Ryan: The History of HIV/AIDS in America.

“You definitely shouldn’t miss ... performer Jade Esteban Estrada, who has made a career of one-man shows in which he plays various historical gay figures,” the Fort Worth Star-Telegram wrote  in 2008. 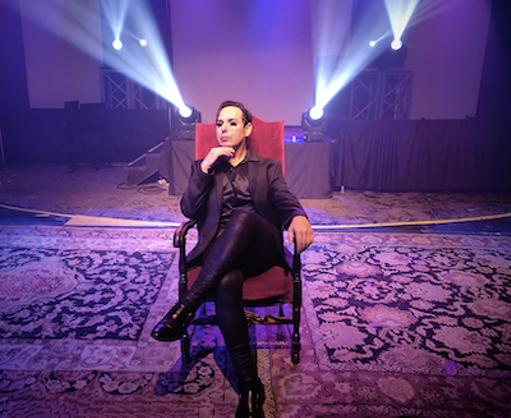 Cine El Rey
Estrada has won accolades for his range and flexibility as an artist.

In recent years, Estrada mounted three burlesque plays at the Overtime Theater: Sinderella and the Glass Zipper; Madame X: A Burlesque Fantasy; and How Burlesque Saved Christmas. He’s also created burlesque adaptations of Alice’s Adventures in Wonderland, The Masque of the Red Death and The Nutcracker.

Estrada’s range and flexibility as an artist are his greatest strengths and the source of accolades. After seeing his 2013 one-man performance of Mike Daisey’s The Agony and the Ecstasy of Steve Jobs at the Woodlawn Theatre, Deborah Martin, theater critic for the San Antonio Express-News, wrote, “Jade Esteban Estrada knows how to draw an audience in and hold them in the palm of his hand.”

“Jade Esteban Estrada is what the Overtime Theater is all about,” Nicole Erwin, Overtime’s managing director, said in a press release. “I’ve always admired how he’s navigated his career as a creative artist who’s charted his own course through comedy, music and theater. He makes bold choices and he isn’t afraid of trying new and different things. We feel Jade is a perfect fit for us because he embodies our mission. We are thrilled to welcome him as the new face of the Overtime Theater.”