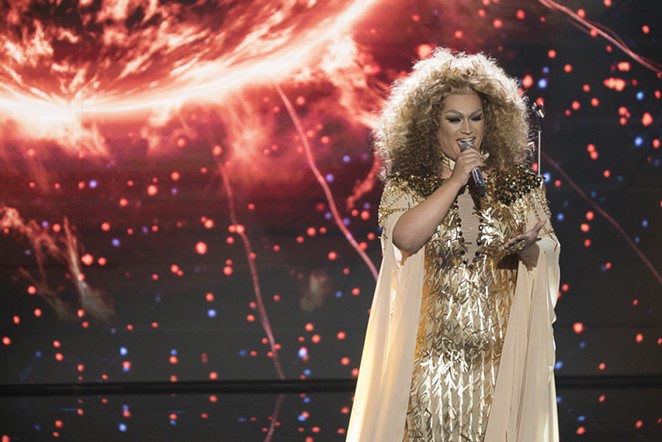 And they were right.

Vox has joined a cast of 14 international drag performers competing for a $250,000 prize on the new Paramount+ singing contest series Queen of the Universe, Entertainment Weekly reports. The inaugural season debuts Thursday, Dec. 2.

Oh, and did we mention RuPaul is executive producer of the new series? Explains a lot.

What sets Queen apart from other TV drag contests is that it's primarily a singing competition, according to EW. Cast members will belt out new musical numbers weekly in front of a live audience, and their fates will be determined by judges including frequent Drag Race panelist Michelle Visage and All Stars 3 champ Trixie Mattel as well as music-industry vets Vanessa Williams and Leona Lewis.

"It's a global aspect that we've never seen before, and it's a singing competition; no one is lip-syncing, they're all singing their own tunes," Williams told EW. "We'll be judging them not only on the quality of their talent and musicianship, but also their star quality."

Those details all sound like a perfect fit for Vox, a San Antonio native who relocated to Dallas following her big TV break. Stay tuned.