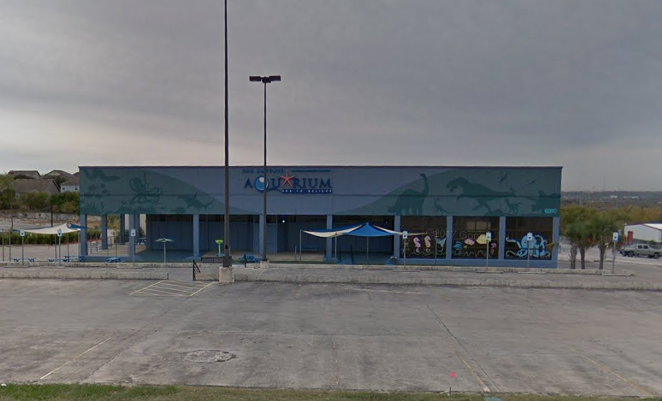 Fire chief Michael Naughton said there was no immediate danger at the aquarium and that the evacuation was preventative. However, he said the way the propane tanks and heaters were stored could have led to a build up of flammable gas and carbon monoxide. The aquarium operates out of a former Fiesta Dodge dealership.

Matthew Wymer, the aquarium's attorney, said the fire department and city have been aware of the issue for some time and that the aquarium was surprised by the action taken. He said aquarium staff disagreed with the findings.

"The aquarium unequivocally rejects any claim that there are dangerous conditions on the property whatsoever," Wymer told the Express-News. "The priority of the aquarium is the safety of the people who visit and the animals that are in it. The aquarium would never do anything to put any person or animal in danger."

Naughton also said the evacuation was done so in an effort to keep the employees, animals and visitors safe. Officials are now working with the aquarium employees to resolve the issues. Employees will be allowed to work to care for the animals, but the aquarium will be closed to the public until it is in compliance.

The Bandera Road attraction received national attention in July after a San Antonio man and two accomplices managed to steal a shark in a baby stroller. Anthony Shannon, a marine life enthusiast, took the shark from its tank and put it into a bucket in the stroller. The shark was safely returned to the aquarium a few days later and Shannon was arrested.