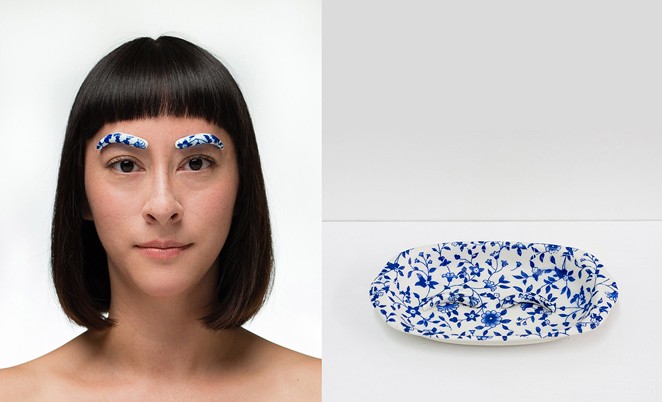 As part of the magazine's Artist Statements project, which Vogue describes as "an ever-evolving creative tribute to the agonies and the ecstasies of Black American life — from police brutality and civil rights activism to the close bonds of community," artist and scholar Deborah Willis featured artwork and words from 11 artists "who are responding to the 100-year anniversary of the Vote for Women campaign organized by both Black and white women in their individual communities across the United States."

Willis served as curator for Artpace's Spring 2019 International Artist-In-Residence program, for which Datchuk was selected as the Texas-based resident.


Accompanied by her piece Hit Me With Your Best Shot, recently featured in an exhibition at Ruiz-Healy Art's New York City gallery, Datchuk's statement points out that the ratification of the 19th Amendment was only the first step in guaranteeing the right to vote to all American women.

Datchuk also calls out suppressive tactics including "barriers of registration, ID requirements, lack of early voting, laws, intimidation and systemic racism," which continue to deprive Americans of their right to vote.

"These hits keep coming," she continues, "but the work to guarantee the right to vote is multigenerational, multicultural, and intersectional to dismantle power structures and build an equitable and inclusive United States."