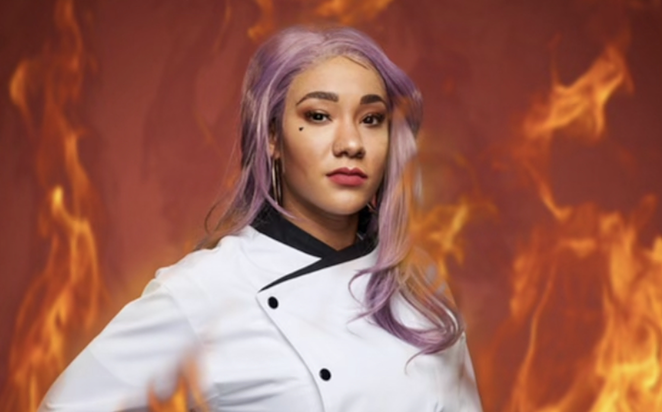 Folks who'd like to rub elbows with other HK fans during the final episode can do so Thursday at Northeast San Antonio bar Evil Olive, which has been hosting watch parties for recent episodes of the show.

The season-ender will reveal how Davis stacks up against other finalists vying to become the next head honcha at celebrity chef Gordon Ramsay's Hell's Kitchen restaurant in California. We say "honcha" here because this season marks the sixth all-female finale for the show.

Davis has worked at several San Antonio eateries, most recently holding the position of chef de cuisine at Whiskey Cake at the Shops at La Cantera. The finale gets underway at 7 p.m.