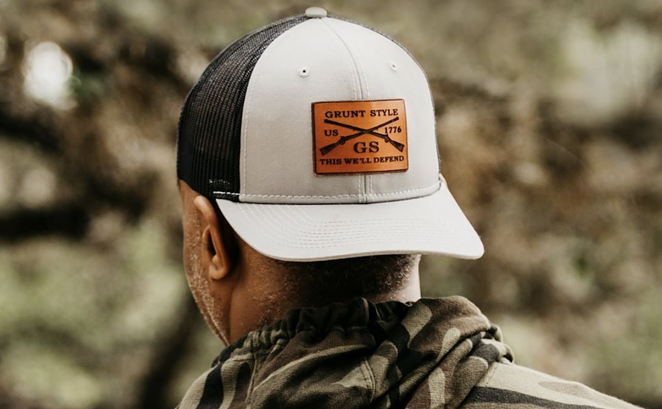 The new store is at the Post Exchange Shopping Center, or PX, 2503 Funston Road — one of two retail locations Grunt Style plans to open this month.

The second will be in Carol Stream, Illinois, where the company was headquartered prior to its 2017 relocation to San Antonio. Its production facility is still located there.

Grunt Style was invited by Fort Sam Houston to open a store at the new PX, and "jumped on it like a grenade," Chief Strategy Officer Tim Jensen told the Business Journal. "We are excited to be connected to our core customer and the military.”

The new brick-and-mortar ventures are a shift from Grunt Style's traditional online sales, which Jensen told SABJ account for more than 85% of its revenue.

Jensen also told the publication that Grunt Style will open "a few more" stores around the country, both on and off military bases. The new space at Fort Sam hasn't yet been added to the PX's online roster.