Instagram / thefruteriasa
Chef Johnny Hernandez has been developing new and improved amenities at Southtown’s The Frutería.
Fans of The Frutería can expect a new, fresh outlook on the eatery as early as mid-July, MySA reports.

The pandemic may have spelled disaster for many Alamo City restaurateurs, but Chef Johnny Hernandez has been developing new and improved amenities at Southtown’s The Frutería, including new menu items and a revamped interior.

Hernandez told the news site that fans of The Frutería’s bold, fresh flavors will again be able to visit the space for new eats starting the second week of July. The new chapter of The Frutería will be a botana-focused concept, offering a nearly completely revamped food and drink menu that incorporates Hernandez’s locally grown, non-GMO corn program.

Since its inception nearly nine years ago, The Frutería grew into a breakfast- and lunch-focused haven offering botanas, or snacks, refreshing happy hours and trendy dinners. The dining room of the eatery's new iteration will open later, around 4 p.m., until after the summer, when more workers begin returning to downtown employers, MySA reports. 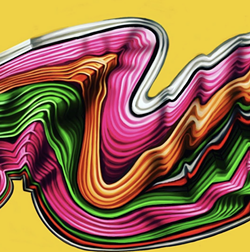 Instagram / thefruteriasa
Local artist Rubio created a sarape-inspired mural for the back wall of the restaurant.
The menu isn’t the only thing to get an overhaul within the space, located at 1401 S. Flores St. Hernandez tapped local designer Robert John Mezquiti for a “more contemporary chic” look to the updated bar area, making it the central focus of the restaurant, the news site reports.

The new bar features a collier plank wooden canopy with matching shelving on the back wall and a backdrop made with volcanic stone. Alamo City artist Rubio created a sarape-inspired mural for the back wall of the restaurant, which compliments its new pink furniture.

Hernandez is also working on development of the South Side locations of La Gloria and El Machito, as well as another arena expansion to Toyota Field, according to the MySA report.