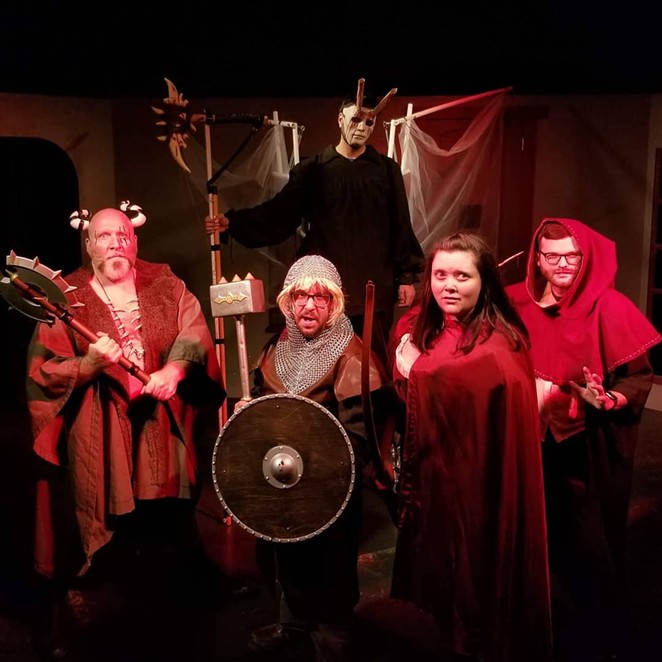 Facebook / Bexar Stage
Journey through distant lands, encounter magical creatures and laugh all along the way.

San Antonio improv comedy troupe Bexar Stage is bringing a Dungeons & Dragons campaign to comedic life in Die of the Beholder, an ongoing set of live performances it streams every second and fourth Saturday.

Dungeon Master Andre Villaplana leads the characters Maitae, Eric, Pocket and Hallux — played by comedians Matthew Hall, Tina Jackson, James Stanton and Clint Taylor — through a land of his own imagination. And viewers get to follow along on Twitch and Facebook.

Fans of hit D&D shows such as Critical Role and The Adventure Zone are likely to find something to like about Bexar Stage's campaign, which adds its own twist: Villaplana invites the audience to participate in the merry travelers' misadventures.

Each Die of the Beholder session includes prize giveaways from Knight Watch Games to audience members who buy tickets for $15. While the streams are broadcast for free, Bexar Stage says the ticket purchases and donations will help the troupe "return to regular operations as soon as we safely can."

Free, 8 p.m. second and fourth Saturdays of each month, Twitch and Facebook, bexarstage.com.