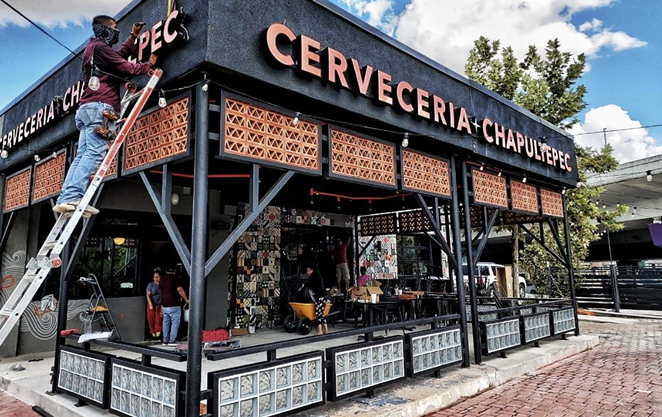 The children of cyclist Beatrice “Bea” Gonzalez early this month filed a lawsuit against Castillo, 24, and a then-unnamed establishment, alleging she was drinking there before her car struck Gonzalez on the sidewalk in front of Central Catholic High School, less than half a mile from the restaurant.

The family's attorney, Fidel Rodriguez Jr., told the daily on Wednesday that he'd since determined that Cervecería Chapultepec was a “last destination” for Castillo before the accident.

“We consider this a tragedy of immense proportion,” he said.

Cervecería Chapultepec didn't respond to the Express-News' request for comment, nor did it have an immediate response to one from the Current.

According to the San Antonio Police Department, Gonzalez was leading a group of cyclists down St. Mary’s Street when she stopped to wait for them. She was hit moments later.

Her family's lawsuit alleges that Castillo “in all probability” was intoxicated when she left the establishment at which she'd been drinking and that she posed “a clear danger to herself and others” before she left.