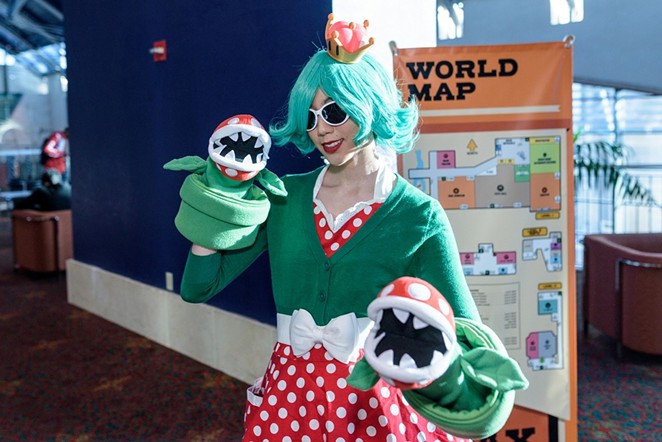 Jaime Monzon
A cosplayer poses at PAX South in 2020.

Though it had been slated for a 2022 return, the San Antonio offshoot of the Penny Arcade Expo gaming conventions, which draws thousands of attendees annually, has been canceled indefinitely. PAX organizers announced the news on social media Friday.

PAX South was last held at the Henry B. González Convention Center in January 2020. The planned 2021 con was scrapped due to the pandemic.

"While each of our other events has flourished, some of them drawing hundreds of thousands of attendees from around the world, PAX South hasn't expanded and to some extent has remained the same show that it was when we opened it in 2015," read a statement tweeted by PAX organizers.

"Faced with that reality, and compounded by the impact of COVID-19, we have made the difficult decision to bring PAX South to an end for the foreseeable future."

We have made the difficult decision to bring PAX South to an end for the foreseeable future. See the full statement below: pic.twitter.com/hW8J6wBzxb