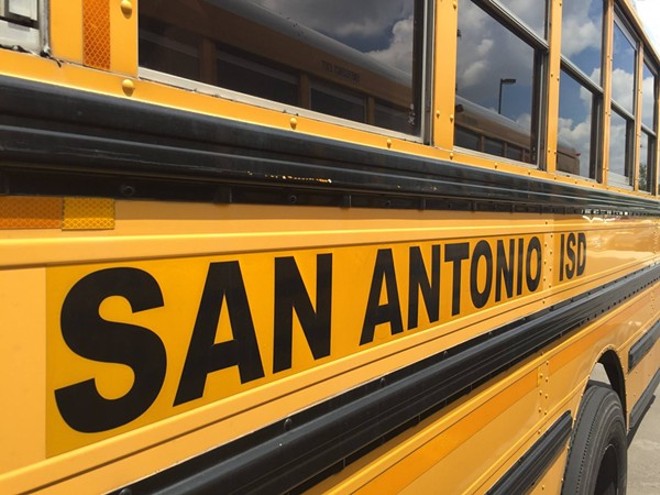 The San Antonio ISD has terminated a middle school algebra teacher after she was caught on video repeatedly punching a student with a learning disability during class, according to a KENS5 News report.

The incident happened at S.J. Davis Middle School on the East Side, the station reports. In the 10-second cell phone clip, the veteran teacher, whose name is not being released due to a pending criminal investigation, is reportedly seen striking 13-year-old Trevontae Thompson at least three times.

The student's aunt and guardian, Monique Thompson, also said she's seen a second video of two female students assisting the now-former math teacher in hitting the student. KENS5 reported that it couldn't verify the existence of that clip.

The incident occurred in October but wasn't brought to light until the video started circulating among students and staff in early December, the station's report. Thompson, who has a learning disability and qualifies for 504 federal protection, didn't tell anyone about the incident because the teacher told him they would be fired, according to the story.

"SAISD has investigated a video that has surfaced involving a student and a teacher at Davis Middle School," the district wrote in a statement. "We have found that the action of one of our adults is unacceptable and does not align with our expectations as a professional educator. In SAISD, we stand by our commitment to ensure a safe learning environment for all students. We are extremely disappointed by this incident and want our community to know that the safety and security of our students will always be our utmost priority. The teacher is no longer in the classroom. Our Board of Trustees voted to propose the termination of her term contract on Dec 13, 2021."

Thompson's aunt told KENS5 that she contacted the school several times over a six-week period but never heard back about an outcome. She was unaware of the teacher's firing until the station informed her of it.

The alleged lack of communication between school administrators and a concerned parent follows a similar story in which a parent had reportedly had trouble getting a response from Judson High School administrators about an Instagram account posting pictures of students pooping in campus restrooms.

The negative press for the San Antonio schools comes as local districts struggle with unprecedented staff absences, leading to SAISD offering $200 for adults willing to work as substitute teachers.