Around 2:30 p.m. Wednesday, the mayor issued an email statement to the Current saying he had met with the city manager and San Antonio Police Chief William McManus to to discuss SAPD's crowd dispersal polices.

"I have been hearing concerns about the use of tear gas as well as rubber and wood projectiles," Nirenberg said in the email. “I do not want to see anyone injured."

He continued: “I asked the chief to communicate the rules of engagement being used by the San Antonio Police Department so demonstrators will clearly understand what actions will lead officers to disperse a crowd. “Police are providing safe zones for the media when possible during demonstrations."

Video shot around 11 p.m. on the fourth night of local anti-police brutality protests and shared on social media shows officers at Alamo Plaza appear to open fire with projectiles as an organizer with his back to the police told a group of protesters to put their hands up and act peacefully.

After Express-News reporter Joshua Fechter, one of several media members on the scene, said his colleague Mark Dunphy had been hit with a wooden bullet fired by police, he tagged Nirenberg on Twitter and asked "are you okay with this?"

"No, I'm not," Nirenberg responded. "I am asking for more information on these projectiles."

I am asking for more information on these projectiles. https://t.co/TCEEexVEXZ


Dunphy posted a photo of one of the wooden pegs police fired into the crowd and a round bruise on his leg.

Caught one of them to the leg. Free Yin Yang tattoo, I suppose. pic.twitter.com/FH2tcr2dYy


In response to an inquiry from the Current, SAPD replied with a brief email saying it plans to issue a statement about last night’s events.

"Additionally, we are working to create a safe zone for the media to set-up and cover any protests in the downtown area," the email also said. "The statement and safe zone information will be forthcoming soon."

The Neiman Journalism Lab has documented 130 attacks on journalists by police since May 28, saying the assaults represent a "widespread pattern, not one-off incidents."
"While violence against press-credentialed reporters covering the protests may still be dwarfed by violence against the American citizens who are protesting, incidents are piling up — and are getting more attention in part because the journalists being attacked include those from large mainstream news organizations," Neiman wrote.

Nirenberg's Twitter response didn't exactly quell criticism from demonstrators, who urged him to defund SAPD and ensure officers wouldn't continue to use tear gas and projectiles. 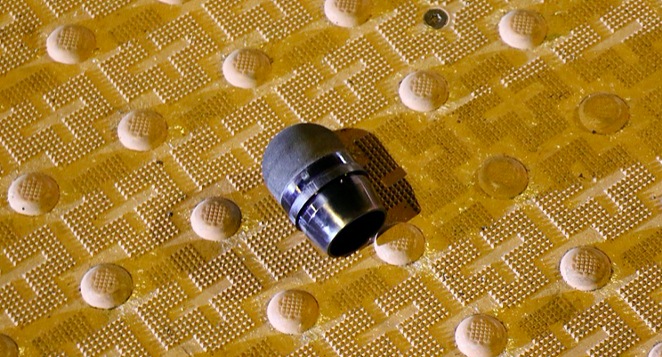 "They've been shooting then since Saturday night, RON," one person tweeted.

they've been shooting them since saturday night, RON.

How you the mayor and not know about this??

What's right is right Mayor Nirenberg...and there was no need for things to escalate like this. I was one of the many volunteers who went to clean up downtown Sunday...you treat people like this, some WILL react in anger. There has got to be change.