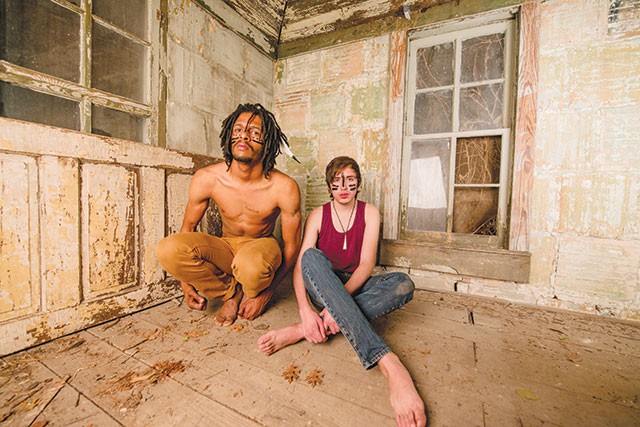 When the Lonely duo of guitarist Nick Long and drummer Travis Hild employs the ‘desert’ descriptor on their first EP, My Desert Son, it’s referring to the actual desert, right? The exquisite solitude and sublime might of the Chihuahuan melted down and poured into a rock ‘n’ roll mold—something like that?

“It’s just the heat, man,” says Hild. “I think that definitely influences the music a lot, the rawness of this fucking heat we’re in everyday. If we were in Seattle or somewhere like that, the music would be totally different.”

Nick Long, Lonely Horse’s chief songwriter, adds a second, more personal dimension to the desert in Desert Son. “It’s more of a desertion than of an actual hot desert,” says Long, explaining a “personal symbology” of love, heartbreak and fatherhood. “There’s a lot more unresolved issues in the first record, a lot of personal stuff.”

Lonely Horse’s impending LP My Desert Son includes some re-recorded tunes from the first go, while negotiating new emotional territory. “All these songs are coming from a new, better space,” says Long. “The stuff before was dark, kinda sad, but the next half of the record is more positive.”

Stylistically, Long and Hild have settled in to make their minimal instrumentation sound as maximal as possible. “I used to put a lot of technicality in it,” says Hild about his drumming. “I’ve dulled that down just to complement everything else.”

“Travis pretty much plays bass too, but with his drums,” adds Long. “He keeps a solid bass rhythm and fills up everything else. Listening to the new stuff, there’s stuff I didn’t even know he was doing. They sound like riffs.”

As for Long, he’s working to expand the sonic reach of his instrument. “You get creative in a lot of different ways on the guitar and learn how to fill up space,” says Long, “whether it be sliding my fingers around or screaming into the pickups.

With Hild and Long linked to each other’s playing in a primal connection, it’s a highly synced sound, one that’s getting the attention of industry big wigs. After a battle of the bands run, Hild and Long won a slot at Brooklyn’s AfroPunk, a festival celebrating “the epicenter of urban culture inspired by alternative music,” according to the fest’s site.

While in New York, Lonely Horse shopped their record at Warner and Atlantic, hooking some interest, but leaving without a keeper. Sitting on the record for almost a year, Lonely Horse is playing a chess game for distribution of their LP. But once it’s out in the open, the desert sky is the limit for this San Anto duo.