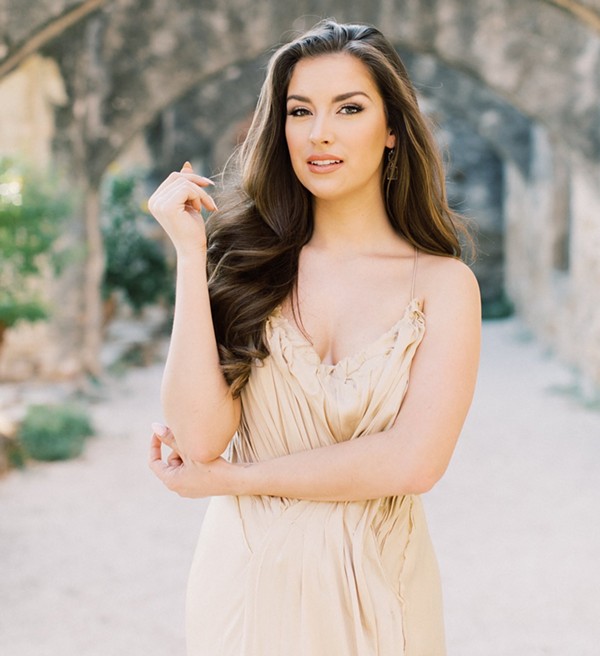 Twitter / BenavidezAlayah
Heads up, Alamo City members of Bachelor Nation! One of our own is officially in the running to win the heart of Peter "Pilot Pete" Weber in the next season of The Bachelor.

Miss Texas 2019 Alayah Benavidez has been announced as one of the 30 Bachelorettes who will compete for Pilot Pete's high-flying affections in the 2020 season of the show. Benavidez will be up against stiff competition, including fellow Texan and fan favorite Demi Burnett, a Texas State University alumna who starred on both The Bachelor and Bachelor in Paradise in 2019.

While the official announcement was made on Monday, it looks like Benavidez may have been teasing her appearance on the series as early as September, when she tweeted two images from a bridal-esque photoshoot with the caption, "Just out here waiting for my Prince Charming, ya know?"


Just out here waiting for my Prince Charming, ya know? pic.twitter.com/7ieBgevBbR

In addition to Benavidez and Burnett, several other Texans are on the line-up: Avonlea Elkins, a cattle rancher from Fort Worth; Jasmine Nguyen, a client relations manager from Houston; Deadra Kanu, a home care coordinator from Plano; and Savannah Mullins, a realtor from Houston.