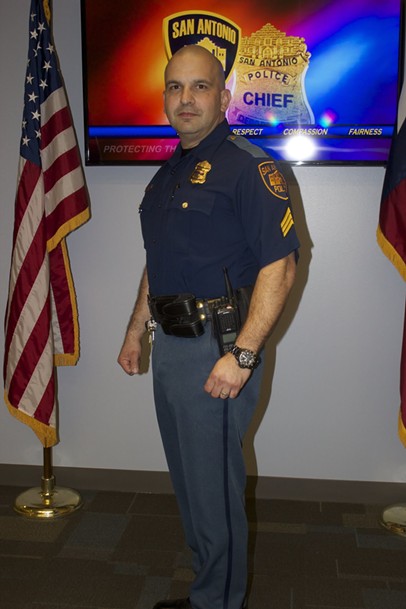 San Antonio Police Department
Out with the new and in with old.

Starting April 31, the San Antonio Police Department will issue throwback two-tone uniforms to all of its officers.

Why in the hell would they do this?

"This was prompted by the throwback style of SAPD Homicide's Hat Squad. It's a classic look and the public responded well to it, so we decided to bring back the old-school uniforms that made us famous," says SAPD spokesman Sgt. Javier Salazar.

That, however, won't be the only change.

The force is bringing back 20 gas-guzzling 1986 Dodge Diplomats that will be painted light blue and white, reminiscent of the SAPD's fleet until the early '90s.

And in a bid to save the taxpayers money, the SAPD is scrapping its fleet of EAGLE Helicopters for drones.

The addition is thanks to a well-known toy company that provided a grant to the SAPD.

Salazar did not elaborate on which well-known toy company is providing the funds.

Lastly, male patrol officers will be required to grow large mustaches and sideburns.

Just joking, the SAPD is having a little fun with April Fools Day!