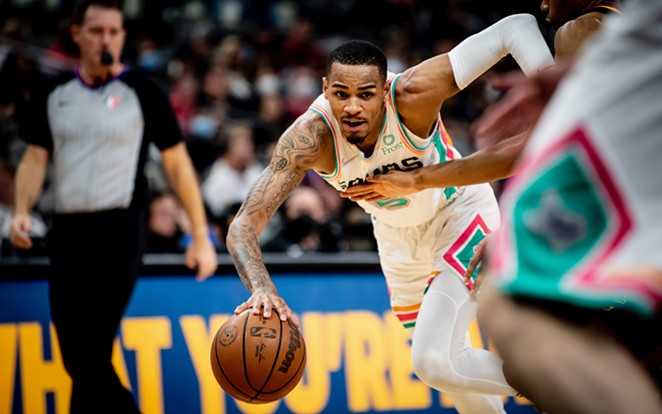 Twitter / spurs
The Spurs will face the reinvigorated Chicago Bulls in a Friday matchup.
After refining his game over three seasons in San Antonio, former Spur DeMar DeRozan continues to flourish in Chicago, providing leadership and crunch time heroics for the reinvigorated Bulls.

Earlier this month, DeRozan became the first player in league history to hit game-winning buzzer-beaters on consecutive days, and early returns in NBA All-Star fan voting have DeRozan leading all guards in the Eastern Conference. The Bulls have been the surprise team in the East, if not the league, and look to return to the postseason for the first time since 2017.

San Antonio is still recovering from a brutal 1-6 road trip to start the new year, a jaunt during which multiple players were placed in health and safety protocols. The NBA schedule offers no respite for the Spurs, though, with contests against the Suns in Phoenix and Golden State at home in the coming week.

As protocols have proven, the margin of error is slight for a Spurs squad that has struggled to consistently protect home court this season.