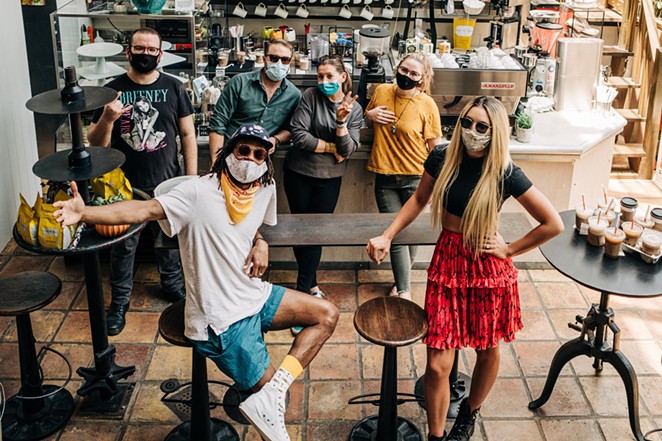 The San Antonio Spur hopped between eight local coffee shops as part of his #GiveMamaCoffee campaign, which raised money for the nonprofit Family Violence Prevention Services.

Mills donated double the total sale amount for every purchase at the shops on Sunday, raising money for FVPS while allowing the shops to make a profit during a difficult time for small businesses.

“Being the longest tenured member of the Spurs is something that I’m proud of and something that I also feel a responsibility as well,” Mills told KSAT on Friday. “It’s just being able to use my platform to be able to bring people together. But at the same time, make an impact on the things that really matter.”


Mills hasn't yet reported the total amount raised. However, on social media he thanked the thousands who came out to support the effort while maintaining their social distance.

As an added bonus, people who posted yesterday using the hashtag #GiveMamaCoffee are now running for a “Coffee Gang” Zoom call with the Spur.