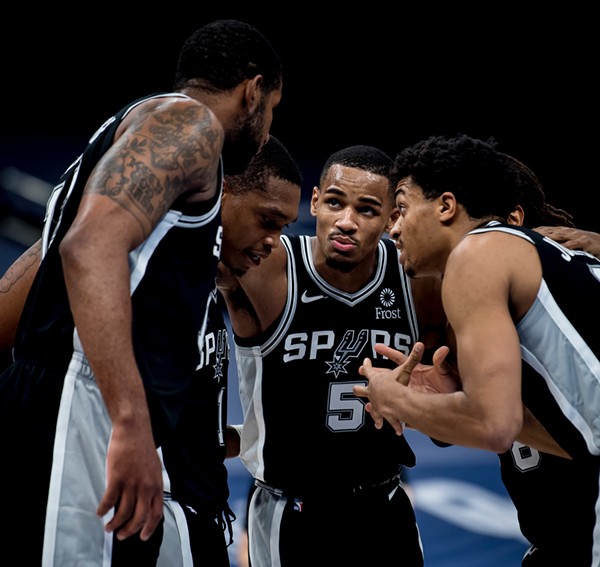 Twitter / spurs
Heading into the season, NBA oddsmakers identified Dallas Mavericks wunderkind Luka Doncic as the early favorite to with the league’s MVP award. Now in his third season, Doncic is the first player in NBA history to be named to the All-NBA first team by age 20.

However, early shooting struggles for Doncic, coupled with the absence of former All-Star Kristaps Porzingis, have yielded a slow start for the Mavericks.

With the insertion of 21-year-old Keldon Johnson and 22-year-old Lonnie Walker IV into the starting lineup, youth is finally being served in San Antonio. After last season’s breakout performance in Orlando’s NBA bubble, where he averaged 14 points and 5 rebounds, Johnson continues to turn heads with a fluid game fueled by athleticism, efficiency, and strength.

Along with Dejounte Murray, Walker will be tasked with limiting Doncic, as he works through some early season shooting woes of his own.