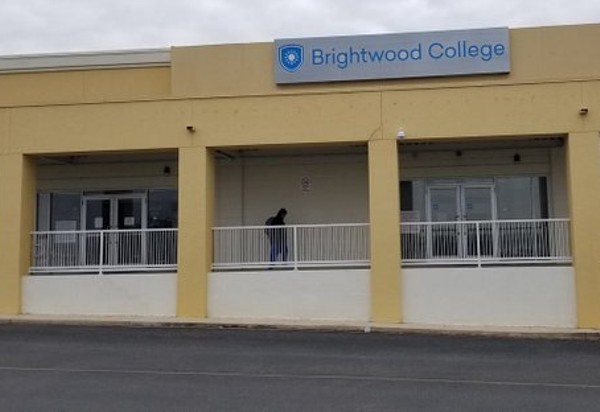 Twitter / ksatnews
A person leaves one of San Antonio's two shuttered Brightwood campuses.
Another for-profit college in San Antonio has shut its doors.

Around 800 students at Brightwood College's two San Antonio campuses were informed Wednesday that the school's parent, Education Corporation of America, is shutting down, effective immediately.

The closure comes after the Accrediting Council for Independent Colleges and Schools suspended ECA's accreditation, according to Inside Higher Ed. The school serves 20,000 students at 75 campuses.

Nancy Tehas, studying to become a medical assistant at one of Brightwood's San Antonio campuses, told Texas Public Radio she received a text from the school a day earlier, encouraging her to sign up for classes.

"They had to know they were closing," she said.

In a written statement, ECA spokeswoman Diane Worthington said the company will ensure students have access to their transcripts so they can complete their studies elsewhere. A skeleton crew will remain on campus to provide students with documents.

The abrupt closure is one of several by for-profit colleges operating in San Antonio in the past few years.

More than 100 private, for-profit colleges closed between the 2016-17 and 2017-18 academic years, according to the U.S. Department of Education. Many of those lost access to federal student loans after failing to show graduates were able to find decent jobs.